Live: Sampling the Best of Austin Barbecue in a Day

Share All sharing options for: Live: Sampling the Best of Austin Barbecue in a Day

Eater’s resident carnivore and host of The Meat Show Nick Solares embarks on an annual pilgrimage to Austin in search of the area’s finest barbecue. This year marks the seventh of such tours and Solares will live blog his first day which will focus on Austin’s new school joints. Follow along for comments on the vibe, the scene, and of course, gratuitous barbecue photos from each spot.

First stop of tour is Valentina’s Tex Mex BBQ for the famed breakfast tacos. It is hard to fathom that these might be overhyped, so compelling are they as breakfast objects. Even without the hefty slab of tender, smoked brisket, the underlying mound of beans, bacon, egg, and lashings of sauce would make a great start to the day. We were surprised that there weren’t more people there, but we assume the location must be a factor. But Valentina’s will certainly be added to our tour itinerary hence forth.

The first officially scheduled stop is John Mueller Meat Company, which we must have hit right at opening as it was pretty empty. This was despite of the excellence of the brisket, which was certainly line-worthy stuff—supple and delicate in texture, coupled with an assuring beefiness. The short rib wasn’t quite as compelling, tending towards aridity, but with good flavor none the less. The homemade sausage also had great flavor, but was just a little on the loose, jiggly side, perhaps needing a little more pit time. Still, on balance and a great way to really start the tour.

Next up is Franklin Barbecue, which is known for long lines and world-class brisket. The pro move here is to preorder a whole brisket, hot and sliced ahead of time. Which is exactly what we did, ensuring we had a masterful specimen waiting for us when we arrived at 1 p.m. after picking up the rest of our crew from the airport. 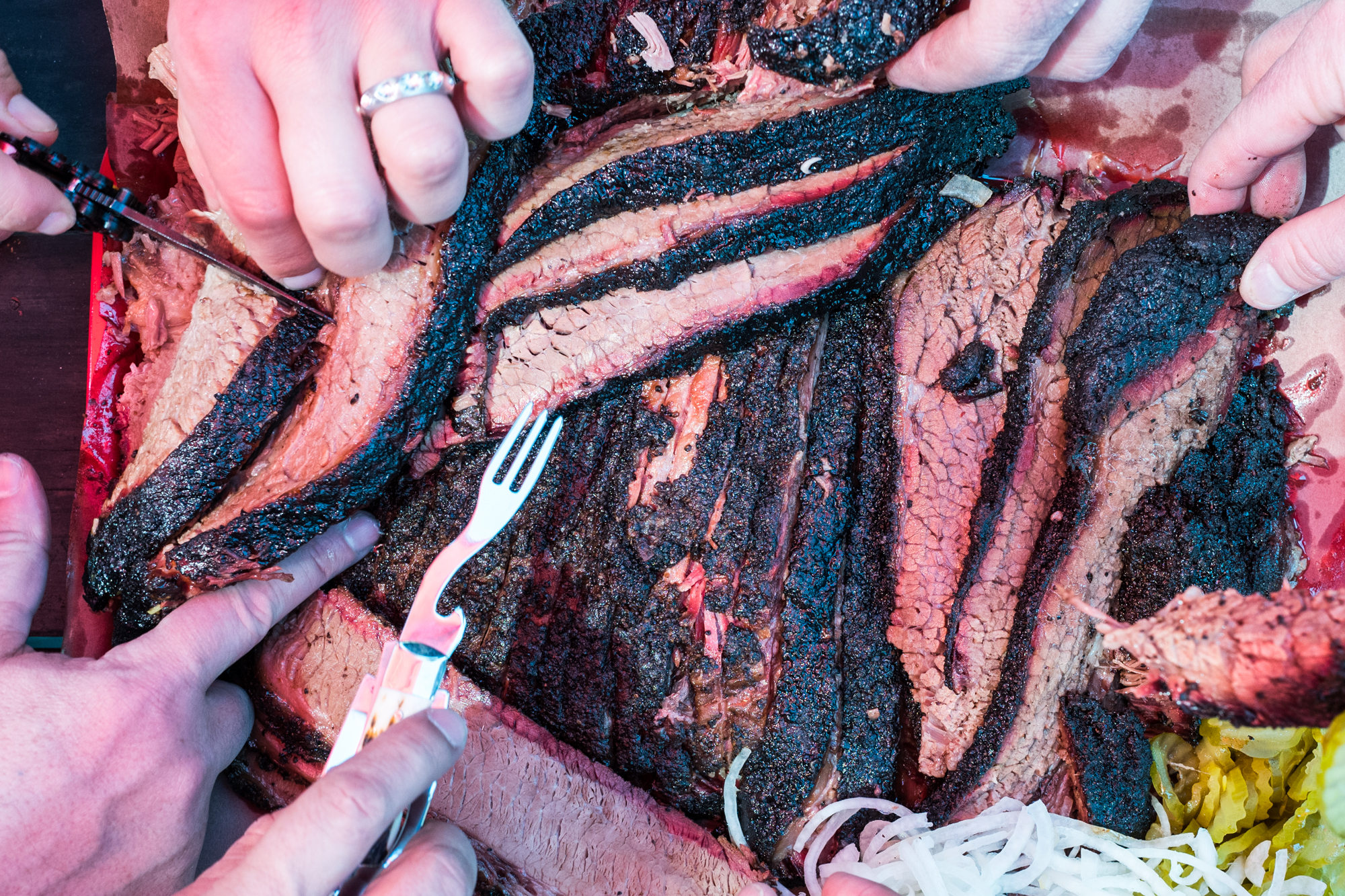 Aaron Franklin opened Franklin Barbecue the year of our first tour, and it has been amazing to watch his ascension. His brisket has only gotten better in the ensuing years and what I sampled today was as good as anything that has crossed my lips over seven years of tours.

There is a litheness to Franklin’s brisket that is unique in my experience. It has all the hallmarks of great brisket—a dense bark; a pronounced smoke ring; the salty, peppery punch of the rub—but the flavor of beef itself is more profound than that of the competition. It is going to be hard to top this today, but we are going to try. 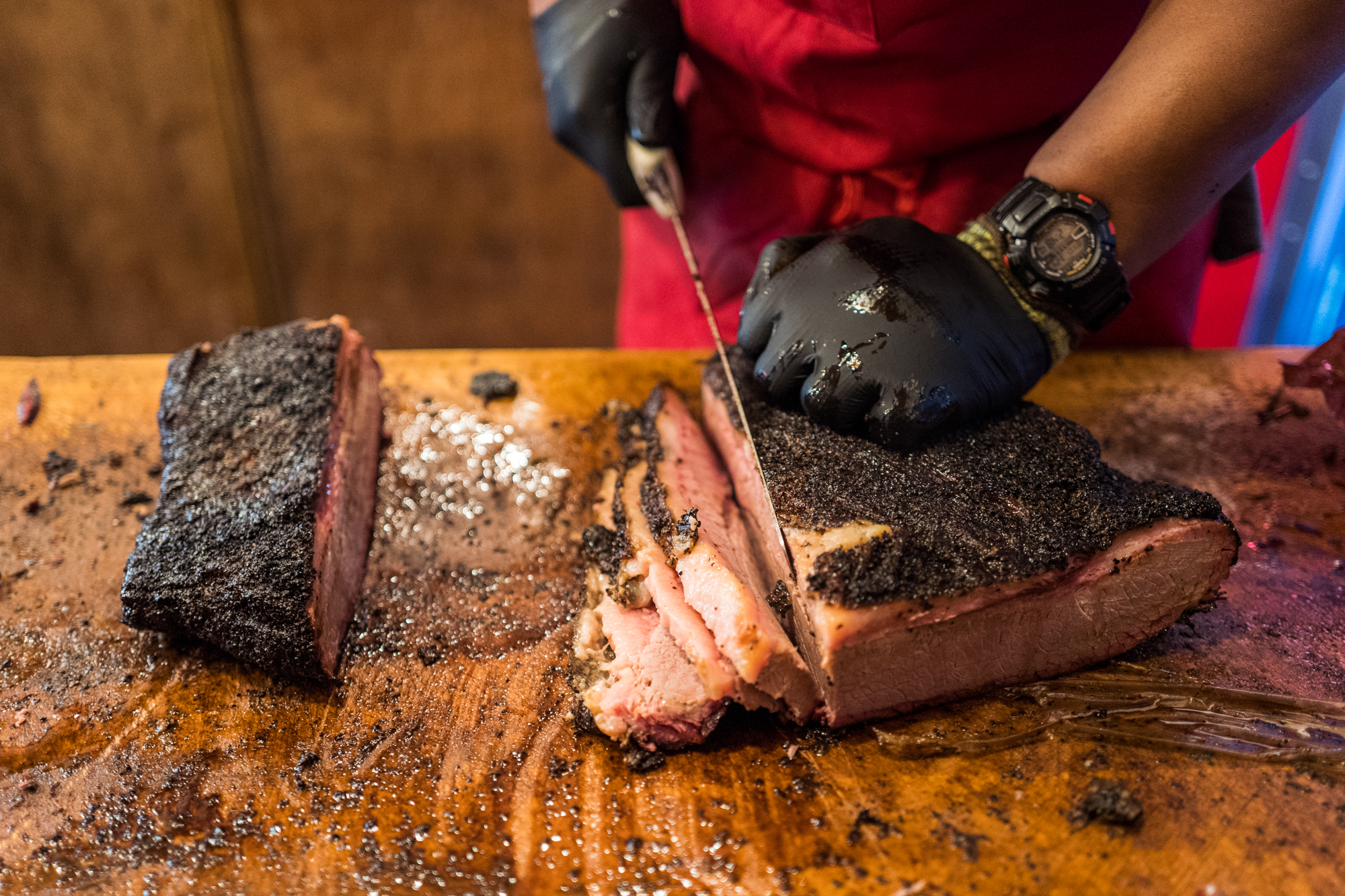 Next up, we pull into Stiles Switch BBQ & Brew and load up on brisket, beef short ribs, pork ribs, and three types of sausage. That the brisket didn’t quite scale the lofty heights set by Franklin shouldn’t be held against it—it was a credible effort, tender with good beef flavor, but perhaps lacking in smokiness. 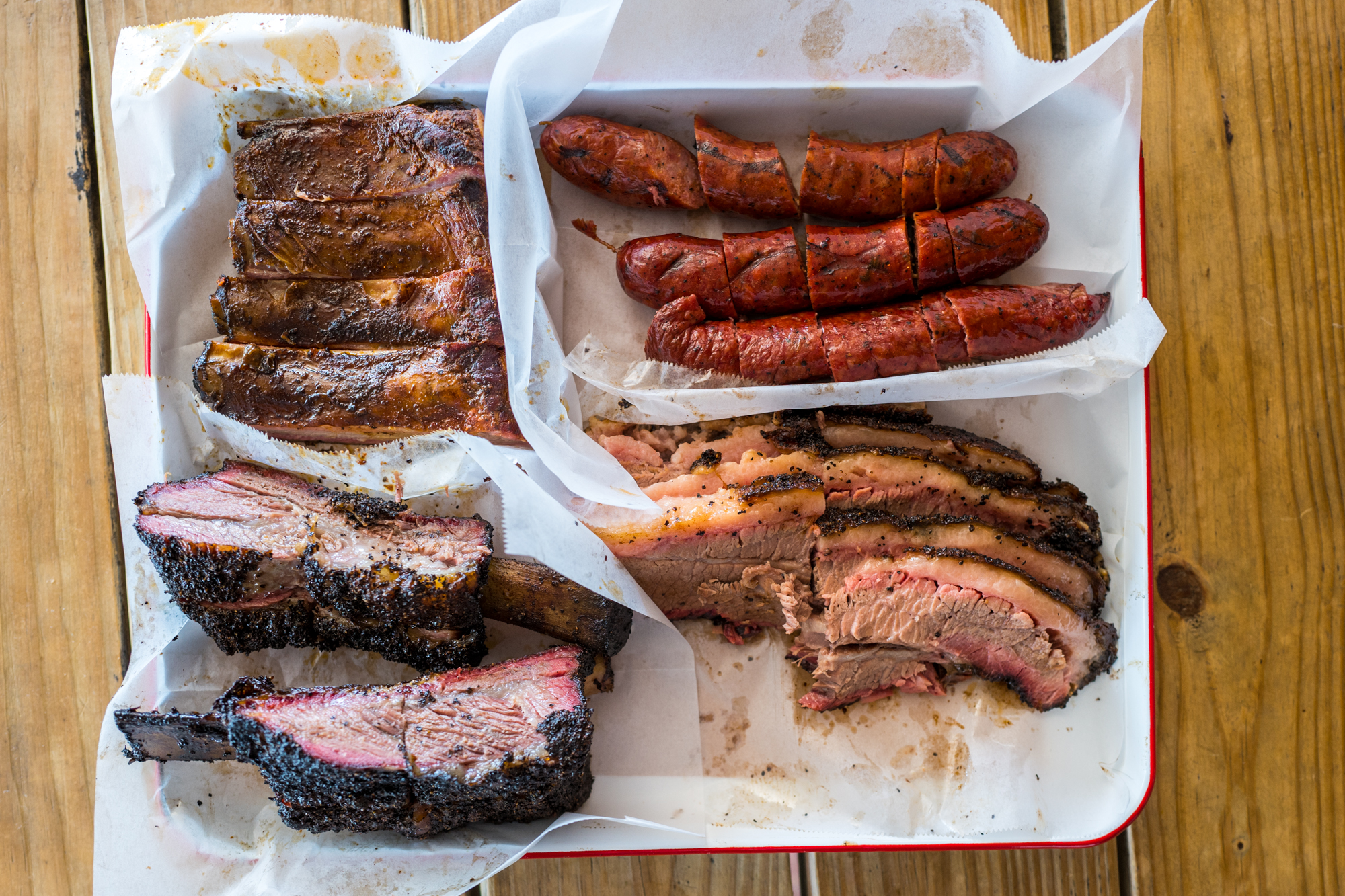 The short ribs fared better, maintaining the positive traits of the brisket with a more discernible smokiness. The sausages—regular, jalapeño cheddar, and spicy—shared a pleasingly taut skin juxtaposed by crumbly innards, and offered incremental levels of heat and spice as we worked through the flight. But the sleeper hit might have been the pork ribs that had a pleasing bite and a sweet, smoky flavor. 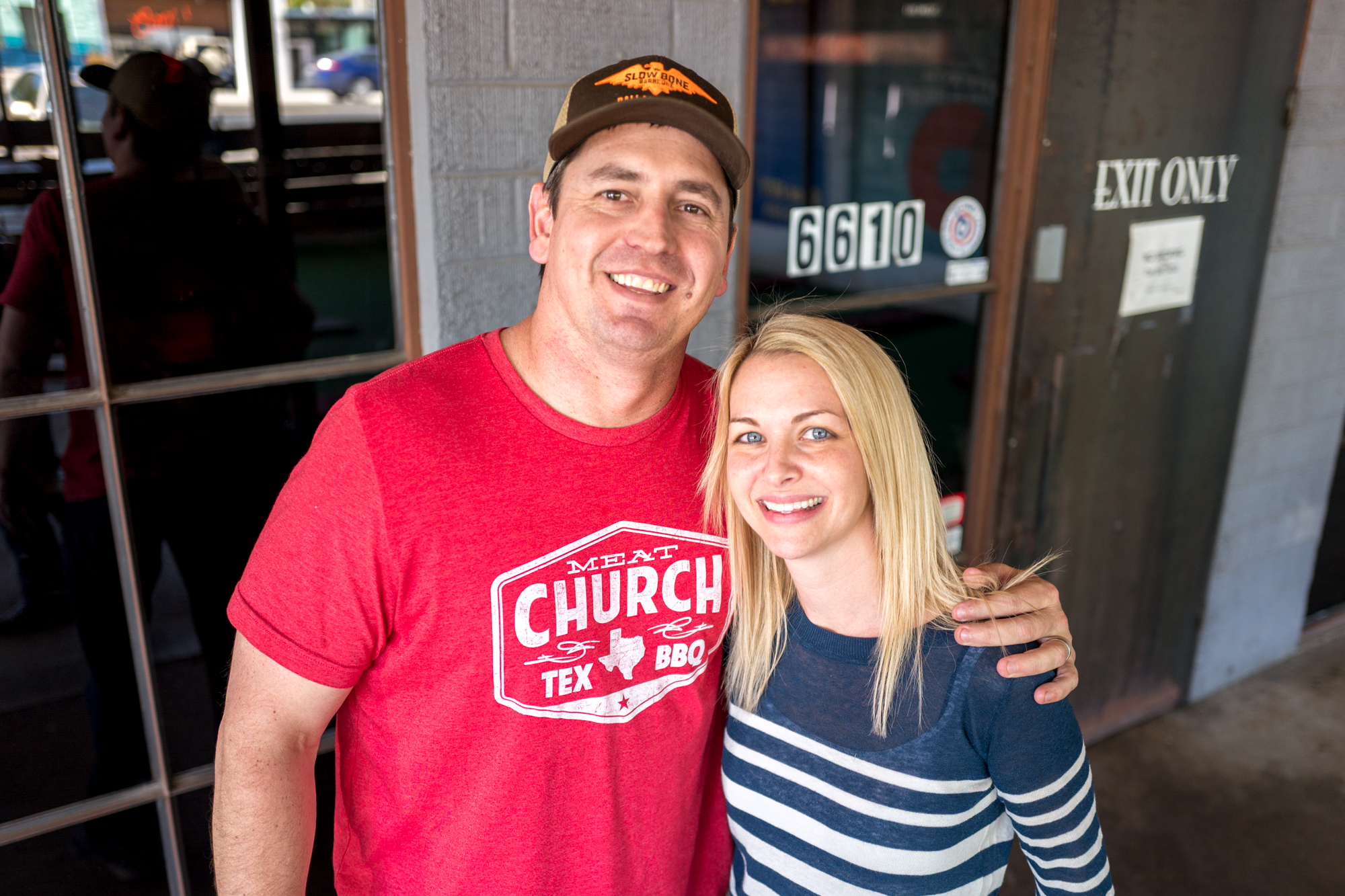 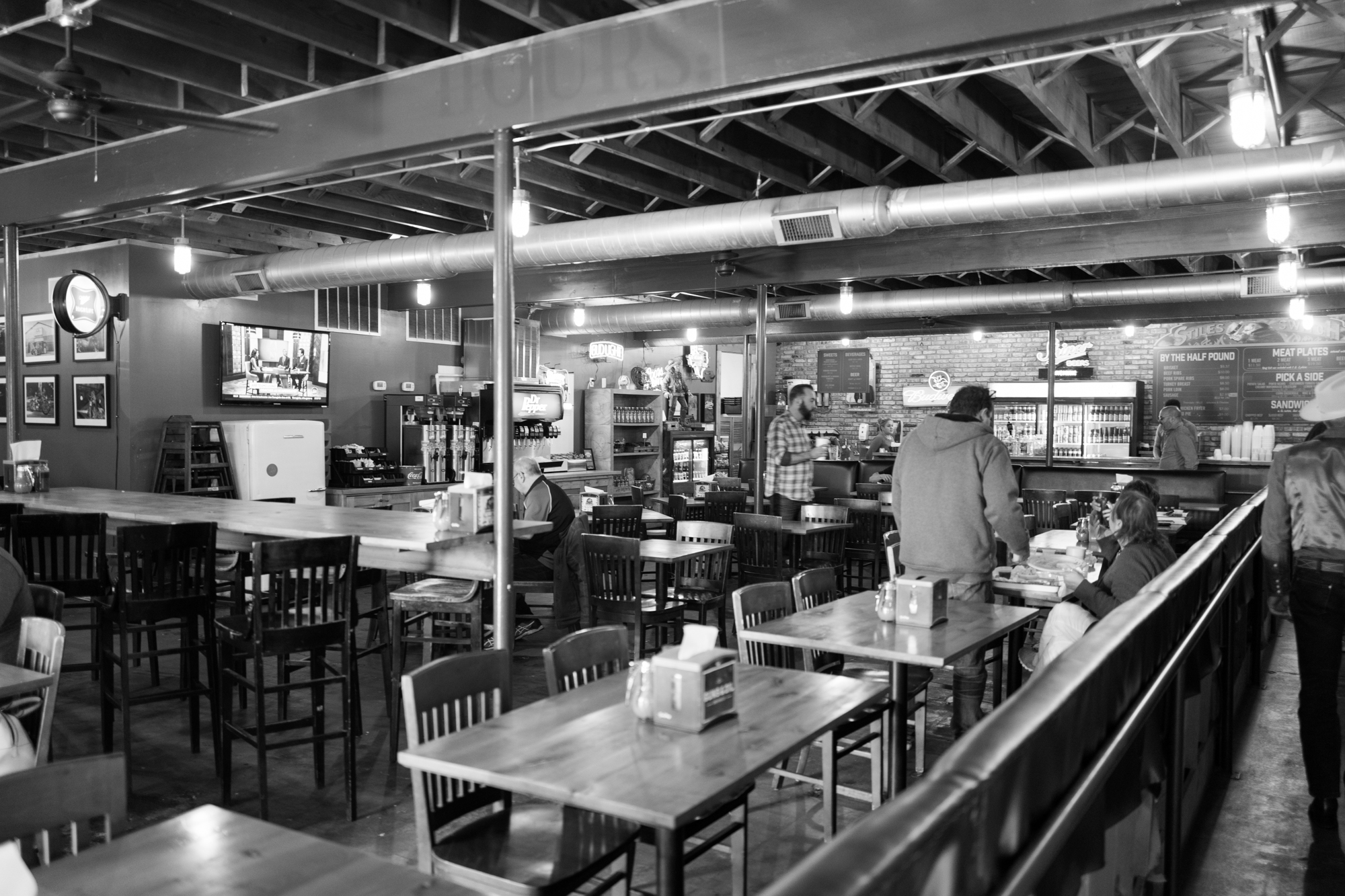 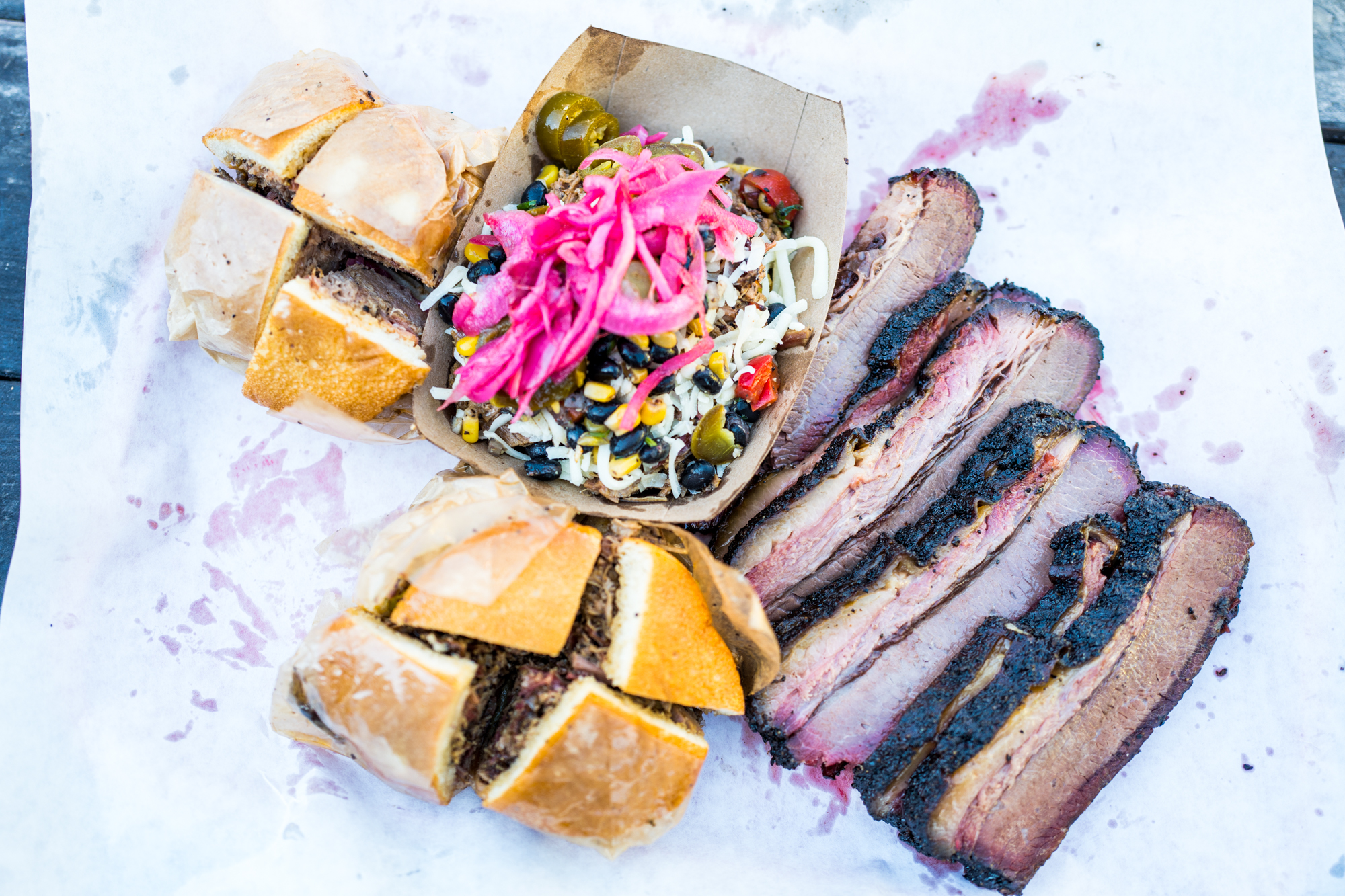 Final stop of the day is La Barbecue. We arrived late but managed to snag the last piece of brisket, which was supplemented with some delicious pulled pork and chopped beef mini sandwiches, and an utterly superb Frito pie. The brisket, even in this clearly end-of-the-day state had some serious pedigree—dense, crusty bark, a readily apparent smoke ring, and even the lean slice was tender enough to cut with a plastic fork. 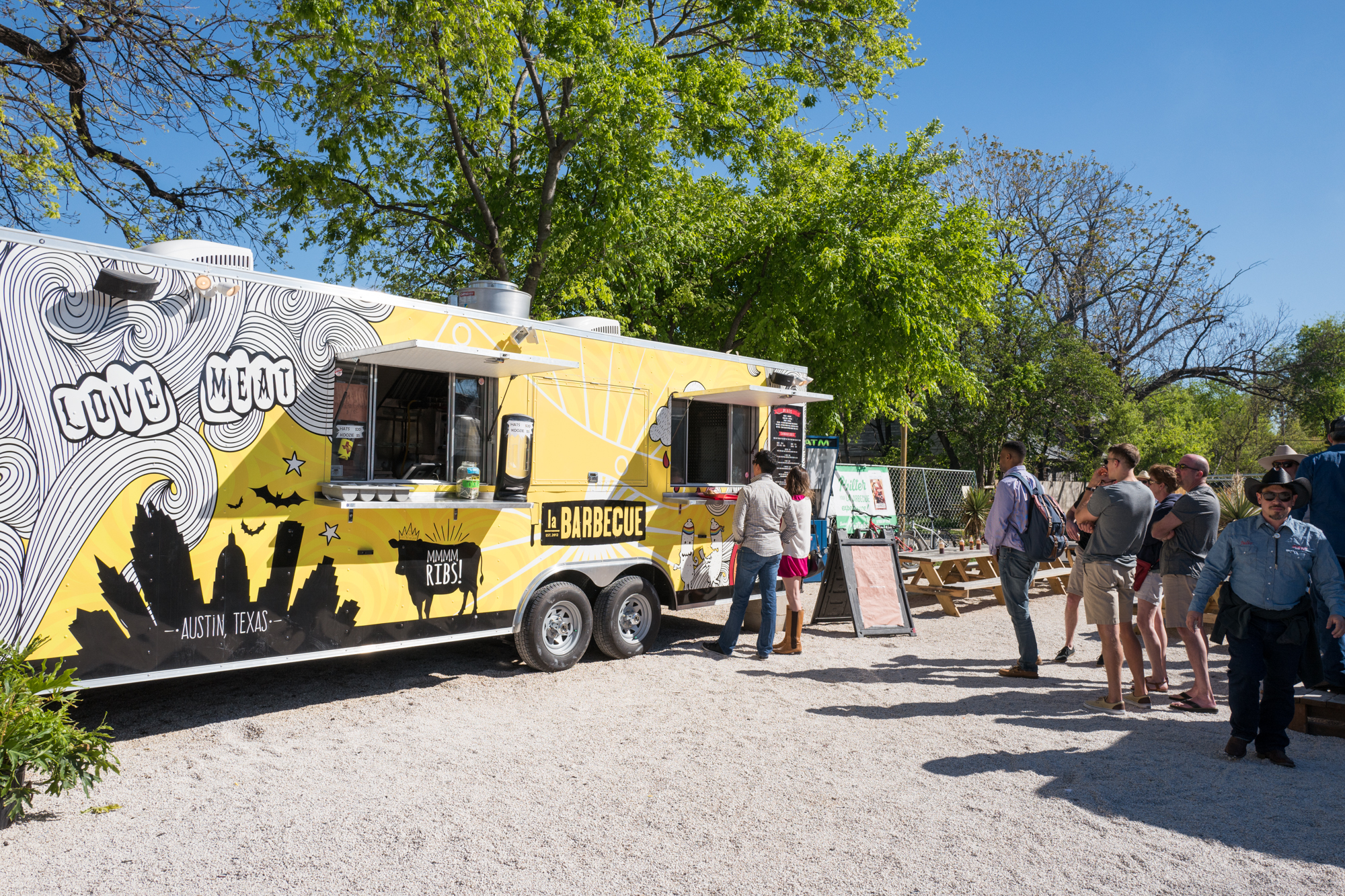 So that is day one of the tour in the books! It was as epic as ever, with Franklin Barbecue taking the prize for best brisket. But perhaps the breakfast tacos that started it all off at Valentina’s Tex Mex BBQ were the sleeper hit.