So much plywood this season.

Share All sharing options for: Status Report on Austin’s Most Anticipated Fall Openings

It’s time to check in and see where the rest of the year’s most anticipated restaurant and bar openings stand for the fall and beyond. There’s Torchy’s Tacos flagship with new signage, Emmer & Rye’s patio on Rainey Street, and the beginning of the Urban Outfitters project with Pizzeria Vetri.

Torchy’s Tacos
The taco chain’s flagship on South Congress is moving along swiftly. Expect a full bar, indoor and outdoor seating, and those tacos. It’s projected to open in November. 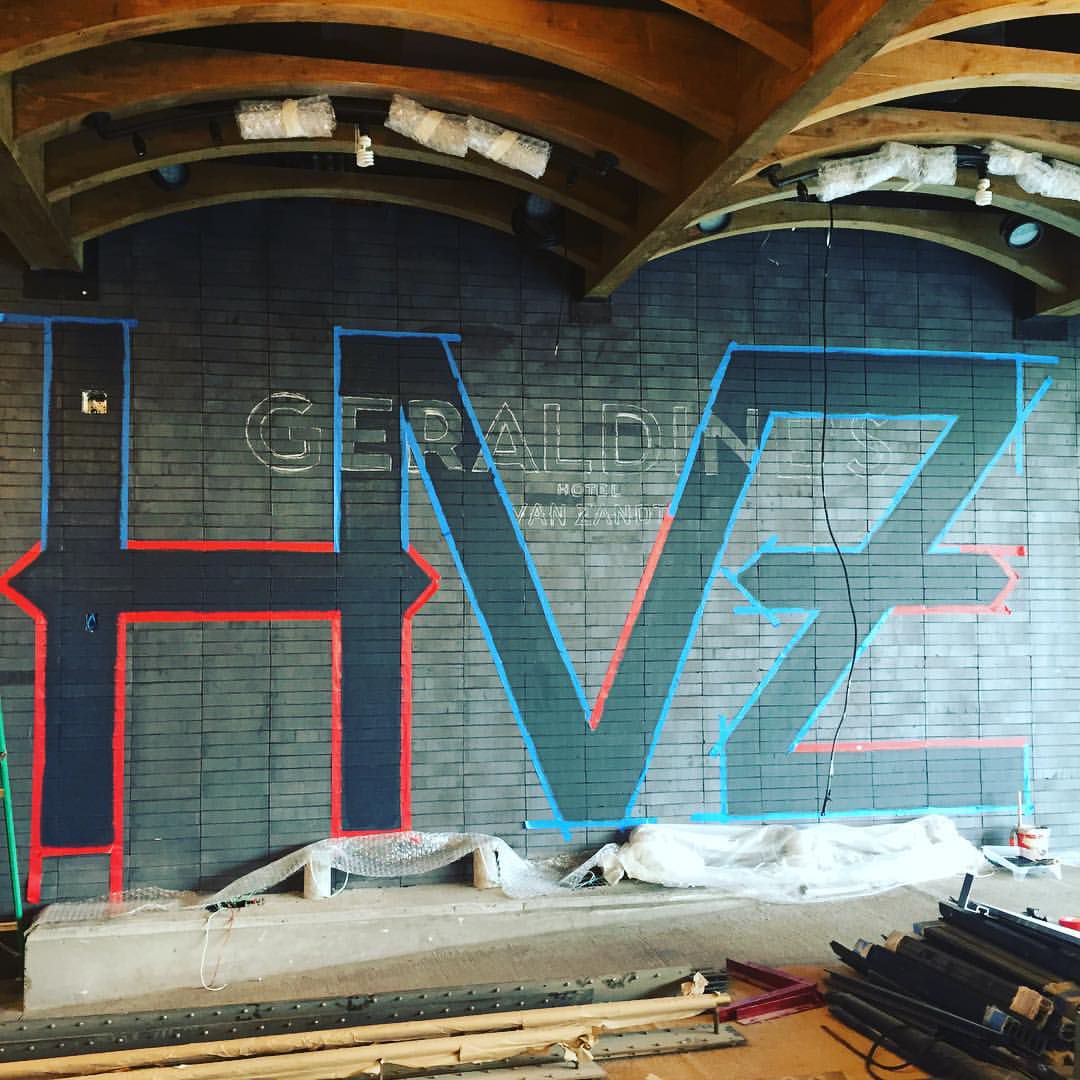 Geraldine’s
Callie Speer recently joined the staff of the Hotel Van Zandt restaurant, which means diners should expect her signature nostalgic sweet mashups on the menu, which is chock-full of family-style dinners and small plates. Fitting for its Rainey Street location, there will be plenty of stages for music.

Emmer & Rye
Grains are the centerpiece of executive chef/owner Kevin Fink with Uchi veteran Page Pressley’s new Rainey Street restaurant, set to open in late October. There will be dim sum-style service with 10-15 dishes, plus handmade pasta and breads. For drinks, there will be house-fermented sodas, beers, wine, six cocktails, plus bitters made with HausBar ingredients. The outdoor patio situated on the corner of the SkyHouse complex will house a garden. There will be a communal table and private dining room.

Repost from @cravottainteriors. We're making progress on our space. With @sandersarchitecture

Juniper
Uchi alum Nicholas Yanes’ Italian restaurant is oh so close to being open. Right now, an intricate tree mural is being painted into the curved interior dark walls.

Blue Cat Cafe
The cats are coming soon with the addition of the cafe’s new food truck. Currently hiring, the Blue Cat Cafe is looking at a mid-October opening.

Irene’s
The New American concept from the ELM Group is still slated for a November or December opening, where diners will choose from breakfast, sandwiches, and drinks all in a relaxed atmosphere.

Voodoo Doughnuts
While there still no exact opening date for the Portland doughnut import this fall, it does have a new sign on Dirty Sixth. Along with the famed doughnuts and the cash-only policy, there will be music. There is no plans for alcohol.

Spun
While Spun unfortunately won’t open this month, it will still open sometime this fall. It did get a new sign in the meantime.

I love the "before" shots!!! #progress #openindecember

Bribery Bakery at Mueller
The opening of Jodi Elliott’s second branch of Bribery Bakery got pushed back to December. Once unveiled, it will act as a bakery and cafe during the daytime, and dessert bar with drinks and savory options at night.

Who's hungry? Here's a peek at our latest #Austin @InNOut Burger project on South Lamar under #construction.

In & Out
The fourth location of the West Coast burger chain on South Lamar is very, very close to opening this fall. Right now, it’s hiring.

Pinthouse Pizza South Lamar
Another South Lamar expansion, the pizzeria’s larger second location. Signage is up, there will be an outdoor patio, and the tap wall is in-progress.

Pizzeria Vetri
As part of Urban Outfitter’s Space 24 complex on the Drag, the Philadelphia-based Pizzeria Vetri is on track for its November opening, along with neighbor Burger Joint. It was recently looking for a general manager and held a t-shirt design contest for Longhorn- and pizza-themed apparel.

The pavilion. Live music is going to look great and sound better! #lucysthree

Lucy’s Fried Chicken
The Lake Travis location of the beloved Austin fried chicken restaurants will open sometime during the holiday season this year. Along with the regular menu, there will be an oyster shucking station, boat bar, pavilion, and bottles of its hot sauce for sale.

Bufalina Due
Bufalina’s Neapolitan pies will soon be slung on Burnet Road with the arrival of its new pizza oven. Opening date is sometime in November.