Dan's Hamburgers has posted an open letter castigating the city of Austin for over-regulating small businesses like theirs. Dan's recently remodeled their Manchaca location, and the letter details the process of navigating the permitting process. It closes by saying:

Never again as a small business could we afford to remodel in Austin. The added expense of the additional building, engineering, architectural and city fees was cost prohibitive . . . Keeping Austin Local is getting harder and harder. Dan's is an Austin original and not a reincarnated California dream.

The letter was tweeted by user cremagrande; check out the full text, in picture form, below. 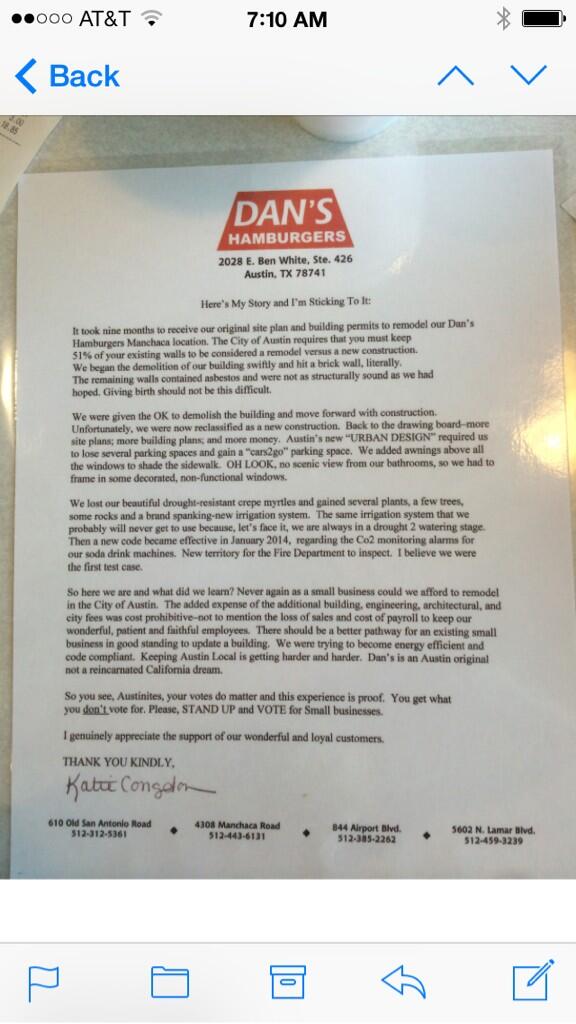