Share All sharing options for: The Definitive Guide to Lamar Union's New Restaurants

The new Lamar Union development will feature an epic number of new dining establishments. Four new local restaurants, cult-inspiring burgers from Shake Shack, a resurrected Alamo Drafthouse and Highball, plus new outlets of Daily Juice and Caffe Medici are all planned for the three building complex. That's a total of nine new drinking and dining options.

Eater spoke with representatives from each of the players to get the story behind their openings. From a Jeffrey's revival from David Garrido to a Michael-Hsu designed Shake Shack, read on for everything you need to know about 2014's unprecedented slate of openings on South Lamar. 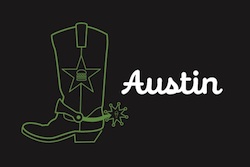 Name: Shake Shack
Major Players: Union Square Hospitality Group, Danny Meyer
The Concept: Burgers, custard, fries, mania
The Details: Texas's first-ever outpost of this cultishly loved chain will be specially designed by Michael Hsu. Andrew McCaughan, Director of Real Estate and Design Shake Shack says, "We'll have a great corner with views of downtown from the patio, and we're thrilled to be neighbors with the beloved Alamo Drafthouse. The building is designed by a fantastic local architect, Michael Hsu. His vision and design for the whole mixed-use development blew us away, so we decided to bring him onboard to design a Shack just for Austin."
Projected Opening: Late 2014
[All Coverage of Shake Shack] 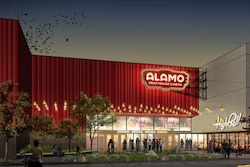 Name: Alamo Drafthouse and Highball
Major Players: Tim League, Alamo Drafthouse
The Concept: Austin moviegoing institution & adult karaoke partyland
The Details: Drafthouse founder/CEO Tim League tells Eater their goals in redeveloping these two properties is "not to change terribly much. People are worried about the center being so fancy whereas before it was before funky and old Austin. We're going to try to keep our aesthetic true to what we were before... I consider it a large part of my job to keep my eye on the past in particular here in Austin." League said the Highball had to lose bowling due to the higher rent, and he's excited about being amongst so many new dining options.
Projected Opening: Summer 2014
[All Coverage of Alamo Drafthouse South Lamar]
[Photo: Michael Hsu/Official]

Name: VOX Table
Major Players: Joe Anguiano, Vincent Manguino
The Concept: American cuisine with Spanish and French influences
The Details:Chef Joe Anguiano, formerly of Eleven Plates and Wine, is developing a menu focused on vegetables, fish, and locally-sourced meats that will be "lighter than usual Austin fare." The mid-range price points are designed for it to be a neighborhood restaurant. Owner Vincent Manguino said they came on board in part because of the center's focus on "local restaurants" and the community feel.
Projected Opening: Summer 2014
[All Coverage of VOX Table] 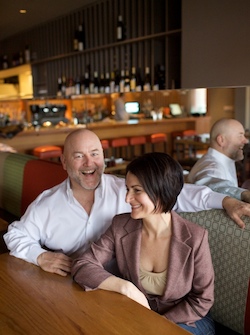 Name: CANTINE
Major Players: Emmett and Lisa Fox
The Concept: ASTI meets FINO
The Details: Lisa Fox tells Eater that CANTINE will be "South Lamar casual," and that they'd been looking to open a third restaurant for 3-4 years, but nothing was a fit. "The whole South Lamar thing is a big deal, and I hope it's conducive to the people who are going to be living there," Fox says. "FINO and ASTI are in our own little neighborhoods, and it's nice to be in a place that's busy all the time."
Projected Opening: Fall 2014
[All Coverage of Lisa Fox]
[Photo: ASTI/Official] 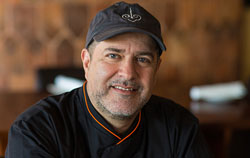 Name: Untitled David Garrido Project
Major Players: David Garrido
The Concept: Eclectic, old-school Jeffrey's-inspired
The Details: Garrido says his restaurant is still "a year away" but he can say that he will be returning to his Jeffrey's roots and doing "a little bit of everything" with a focus on local sourcing. He also says that he's working with several technology companies in town on the service side.
Projected Opening: Early 2015
[All Coverage of Garrido's] 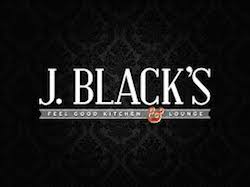 Name: Untitled J. Black's Project
Major Players: Sean Fric, Manera Restaurant Group
The Concept: "Southern Comfort"
The Details: Manera co-founder Sean Fric provided the following quote to Eater: "The concept will be a casual dining destination that embodies 'Southern Comfort'. The menu, layout and decor will feature Texas/Southern influences, with hints of the Hill Country throughout. The menu will feature traditional Southern classics as well as dishes created with our own updated approach. Although we'll be a restaurant first and foremost, we'll draw upon our J. Black's experience to create a lively bar atmosphere with a great patio to take in all of the Lamar Union activity and enjoy the great Austin weather."
Projected Opening: Early 2015
[All Coverage of J. Black's] 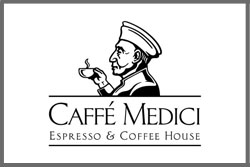 Name: Caffe Medici
Major Players: Michael Vaclav
The Concept: Cuvee coffee & espresso
The Details: Owner Michael Vaclav says the Lamar branch's design will be "something in between is the Austonian location and West Lynn" and will feature a circular island for coffee-spectating
Projected Opening: Late 2014
[All Coverage of Caffe Medici]

Name: Daily Juice
Major Players: John Martin
The Concept: Juice, Smoothies, Food Hippiedom
The Details: Owner John Martin says their store will resemble the other "new" Daily Juices downtown and in Westlake. They will also have a walk-up window for ordering. They chose Lamar Union because of "community feel" and also the presence of fitness-oriented brands there.
Projected Opening: Fall 2014
[All Coverage of Daily Juice]
· All Lamar Union Coverage [EATX]