Is Shawn Cirkiel Planning a New Restaurant on Airport?

Share All sharing options for: Is Shawn Cirkiel Planning a New Restaurant on Airport?

Word is chef Shawn Cirkiel is seeking approval for a new restaurant, called Bullfight, on Airport Boulevard. Tipsters say a notice went out to nearby residents; records indicate the potential restaurant is still currently going through the approval process and that Shawn Cirkiel is involved. The address was previously home to a gas station and convenience store.

Shawn Cirkiel's mini-empire includes Parkside, the Backspace, Olive & June and the spanking new chavez in the Radisson. There's no indication of Bullfight's concept; watch this space for updates. The full notice is below. 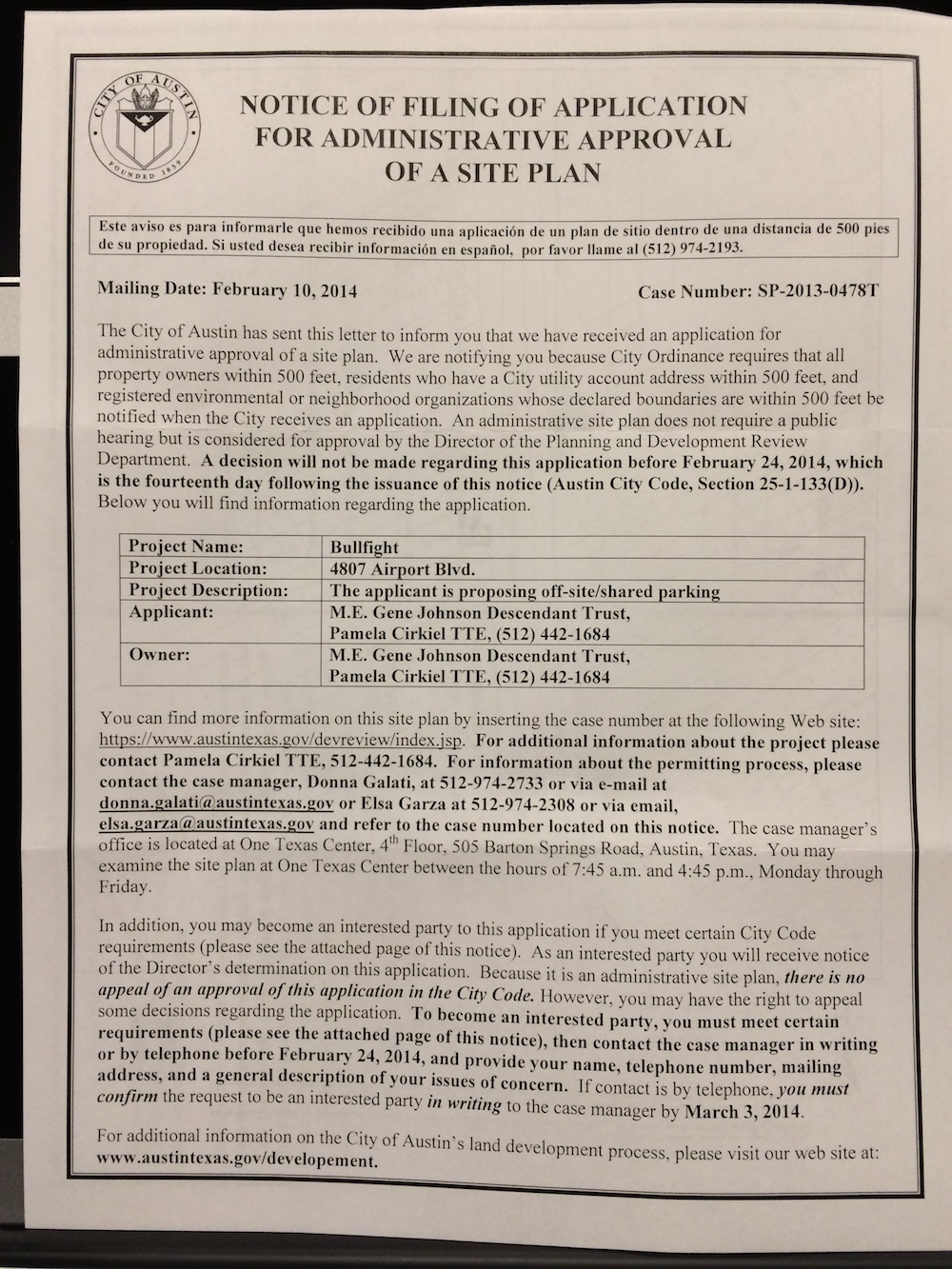