[Image: Bethlyn Thornton/EATX]
In late December, Steve McHugh opened his first restaurant, Cured, in San Antonio's new culinary epicenter The Pearl. The restaurant sits on a grassy square within the complex next to Local Coffee, and is housed in a beautiful 1904 building that was originally the Administration Building of the Pearl Brewery. The restaurant's mix of historic and modern industrial design is a reflection of McHugh's menu, which marries the traditional arts of pickling, curing, and charcuterie with modern flourishes and seasonal ingredients. Eater National recently named Cured a "Restaurant to Watch in 2014" thanks to McHugh's long and successful tenure working with John Besh's restaurant group in both New Orleans (La Provence) and San Antonio (Lüke). We recently spoke with McHugh to learn more about Cured's culinary mission, the chef culture of San Antonio, and his farmer's market combat skills.

You spent a lot of time in New Orleans before moving here. How was your transition to San Antonio, both with your ingredients and culturally?

When I moved to New Orleans I was 20, and learned so much about the food culture, the people, the history. I have always been a guy hungry for knowledge. It's great to move to a city that has just as much history and culture. It's a different history, but there's so much to learn. Coming here and learning the cuisine - we eat and cook things I have never dealt with before. You are playing around with things like mole or cactus paddles or chile piquin and you're learning all over again. That's a lot of fun. The food here is great, and there is a sense that in this city that people really want more. I saw that when I moved here. Obviously, John [Besh] did, too - that's why he put a restaurant here. And it's really a city on the rise culinarily. They've always had very good food here, and there is a really good terroir steeped here, there are years of history in the food, just like New Orleans. But it's totally different. I think San Antonio wants to be on that national scene and get recognition, they don't want to play little brother to Austin.

I love going to Austin, though. Going up and eating is inspiring. In New Orleans, you don't have another city super close where you can go to eat.

Do you just pop up for the night?

Exactly! My wife and I go to Houston or Austin and our friends say: "You drove out to Houston just to eat?" Yeah, we did. [Laughs] We have good malls here, too. I don't need to go for that. 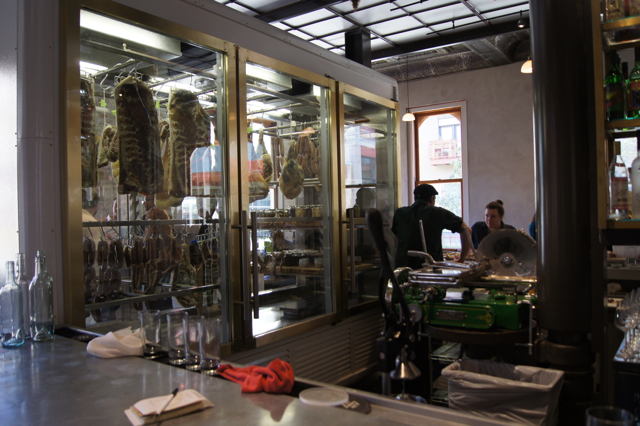 John Besh has mentioned that when you two started up Luke, he was really impressed at how good the produce was here in San Antonio.

Yeah! It's actually amazing, especially here at the [Pearl farmer's] market. I shopped there this morning. I usually go really early, because I've got to beat the other chefs and home cooks there for the best stuff! The land here is so much more fertile than what you have in New Orleans - you have grey, sandy wet soil there. Obviously it's swampy there. In South Texas, it's almost a year-round growing season. Here, we had two weeks of really awful weather about a month ago and that was it.

During your stint at Luke, were there lessons you learned about San Antonio's upscale diners?

The approach that I took with both restaurants was similar. I'm not trying to teach people something. It's never about showing people how it's supposed to be done. I just put heart and soul into every plate and try to do things a little bit differently. Today's diners are so smart. When I first started in the business, it was: "Let's see how many ingredients we can get from Portugal and the West Coast." Now, your diners are so smart, but the focus is local. They understand what is in their area. There were 1,500 people here today at the Farmer's Market. They know what they are eating. They come into the restaurant and they see my Smoked Romanesco Salad and say: "Damn it! That's where they all went!" And they tell me to stop buying up all their favorite stuff! But the most important thing was to not to be some sort of boundary-pushing hotshot. I want my diners to continue to come back to enjoy the food, to understand the food, to know the food and for me that's the single most important lesson.

What's the origin story of Cured? You have pillars to the idea: pickled items, cured items, doing charcuterie. How did they all come together?

Well, a lot of it starts with the fact that I'm just thrifty and hate to see waste. So, I love to go to a farmer and get cases of stuff knowing that I can preserve it, and use it later when there isn't so much good stuff at the market. Because I'll always need pickles for my charcuterie plate! It's the same with whole animals: we just brought a lamb in from Marianna Peeler and we will use the entire thing. And that's how I started developing my menu a couple of years ago. When we got into the whole process of curing, which is something I did with John for a number of years, it started creeping up and taking over more and more of the menu. I wanted to do shoulders, and I wanted to do cured beef tongues, and then I realized that half of my menu was the cured stuff that I enjoyed making and learning about. 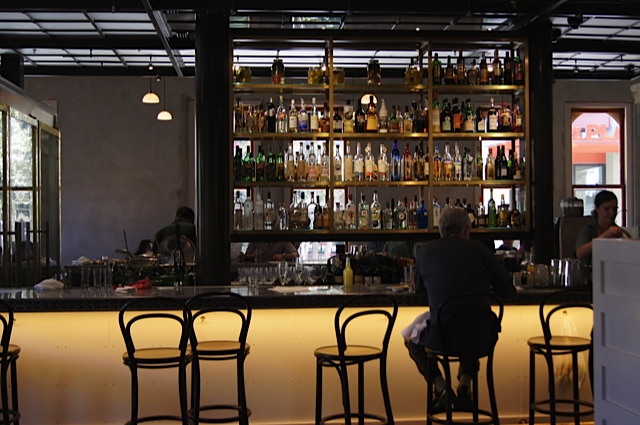 For the name, I started working with Jett Butler, who owns FÖDA Studio in Austin. He's a talented branding manager who has worked with Larry McGuire and lots of great restaurants up there. He came and spent a day with me so we could just talk and get it right. He asked about my childhood and my parents, and my dad's name was actually one of the lead contenders. I started talking to him about how in 2010 when I moved here I got sick with lymphoma and was suffering with that and going for chemo for a year. We also talked about my mom, who was a physician but really gave back to the community as we grew up. So he came up with this idea of Cured. It reflected me and the menu and our values. And this was in one day! We just drove around the city eating and when my wife and I heard it went: "Oh, my God, how did we not think of that?" It works really well. There's also a charitable component to the menu. So part of each charcuterie plate goes to charity. I always tell people that had I gotten sick when I was 20 instead of 35, the medicines and chemotherapies that I got wouldn't have even been available. But thanks to organizations like the Leukemia and Lymphoma Society, who have raised billions of dollars every year for research, they were. They were our charity of choice for this first quarter, and we're going to change it every quarter. Just to show people that we are here to stay. We do want to be part of this community and give back.

You mentioned that a restaurant can be like a family. Expanding on that, you are in a really unique situation at The Pearl, where you can walk fifty steps and there's Tim Rattray and Jesse Perez and Andrew Weissman all on the block. What has that experience been like, in that you have a group of chef peers at your doorstep?

That's a great question, because I tell people all the time: when I first moved here to San Antonio, I couldn't believe the support from other chefs. Guys like Jeff Balfour and Bruce Auden and Andrew Weissmann all reached out. "Do you need anything? Welcome to the city." I developed these relationships, so I knew that coming into a place like this with guys like Tim and Johnny [Hernandez] would be a good thing. Johnny was the one that got the ball rolling for me. We became friends early on, when I got heavily involved in the Leukemia and Lymphoma Society. I invited Johnny to come to a charity event, and he said: "I love the fact that you've been here a year and you're already involved in the city". And Johnny Hernandez is an ambassador to the city. He wanted me to talk to the guys at Pearl, and I couldn't be in a better place. We're surrounded by great people and great chefs who are only going to lift me up. You know, it's not a competition around here. We all do what we do. Barbecue is over there, seafood is over there. You know? A rising tide raises all boats, right? So if they do well, we do well. The last thing I want is a restaurant here on campus that's failing. If diners have a bad experience they're going to associate that with the Pearl. So we all want everyone to do really well and we all help each other, and it's such a great relationship.

You are making your own bitters and doing some unique things in Cured's cocktail program. Can you share a couple of highlights?

We love mixology, and thought about the cocktail program a lot. We love that even bars are taking more of an local approach and are doing things by hand and not just putting things in a glass. My wife was - many lifetimes ago - was a bartender in New Orleans, back when it was just about opening and slinging and doing whatever.

Exactly. We needed to come up with drinks that are quick, because this is a restaurant, and in a restaurant, people don't want to wait for drinks. They'll wait at a bar. When you walk into Blue Box and you're going to get some handcrafted cocktail from Olaf, you know it's going to be a minute and that's okay. You're prepared. In a restaurant, people, they're in meetings, they're sitting with family, they're on dates, and they want something in front of them quickly that takes away the tension. We tried to design cocktails we could put our philosophies into, which are being local and handcrafted, but - let's get them out! Our biggest seller is the Cured Cocktail, and it's one that my wife came up with. It is meyer lemon, thyme, and ginger-infused moonshine that's mixed with house-made citrus bitters and then topped off with champagne. People can be afraid of moonshine, but then they try it, and end up having two or three of them because it's just smooth and it's got that lemon in there. The champagne adds effervescence. It's really refreshing.
· All Eater Interviews [EATX]