Share All sharing options for: Chavez Sneak Peeks Abound as Opening Gets Close

There's no official opening date yet, and the restaurant is still waiting on some final furnishings to be delivered. Eater contributor Tom Thornton has provided some photos of the menu, and plenty more media folks tweeted out photos, opening rumors, and other observations. Eater rounds up the best of them below. 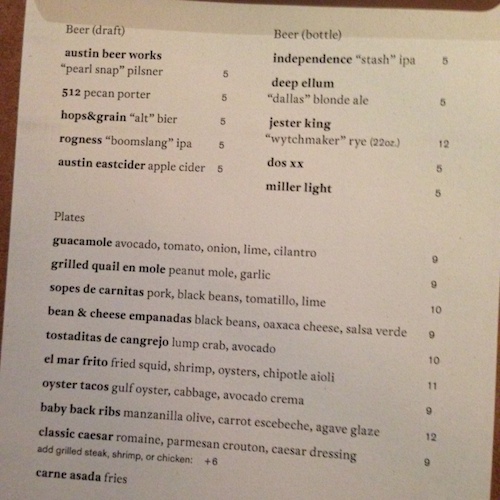 So my good restaurants in Austin! Welcome to Chavez another great food place from Shawn Cirkiel! pic.twitter.com/nkhvXpbsGy

Shawn Cirkiel is off to a good start at Chavez, already serving hotel guests; probably be open to the public by the weekend.