A-OK Chinese to Debut This December on S. Lamar

Share All sharing options for: A-OK Chinese to Debut This December on S. Lamar

In today's Food-o-File, Virginia Wood reports that former Alamo Drafthouse executive chef John Bullington and his business partner Jerry Reid have announced the opening of A-OK Chinese on South Lamar by this December. The counter service dine-in and takeout restaurant will serve American-style Chinese food of "exceptional quality" with a focus on from-scratch cooking. A free mobile ordering app and car-side service will be a part of their take-out focus.

Eater spoke with John Bullington, who said that demand in the neighborhood as well as his own passion for Asian cuisine inspired him to join the project. He lives in the area and saw a consistent demand on the neighborhood's Facebook page for "good Chinese" food. In addition, during his many years cooking at Marsand the Drafthouse, he enjoyed working with Asian cuisines, and "at Mars, the potstickers were our best sellers." As for why this is his next project, Bullington says that in addition to the opportunity to work with Reid, "I've always worked on this strip of South Lamar. It just felt right."

Update! Bullington & Reid have shared the initial rendering of the restaurant below the cut. 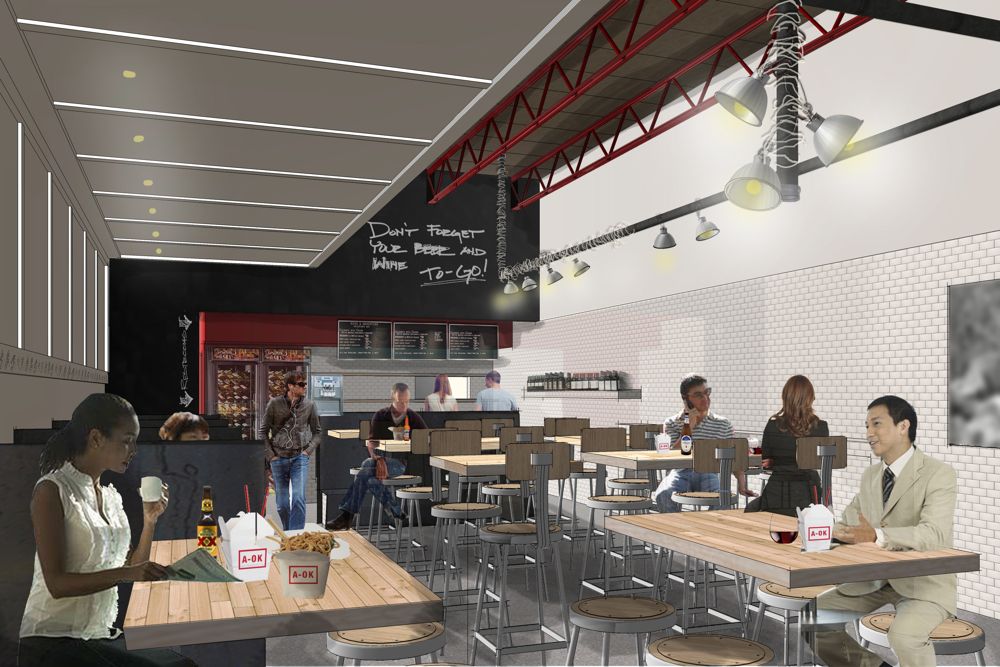 The Best Things the Eater Austin Team Ate and Drank This Week: Under-the-Radar Lunch and a Baguette Sandwich

Austin Restaurants Hit With a Slew of Break-Ins

Where to Ring in Lunar New Year With Food in Austin