Chef Filming at Franklin BBQ, Headed to Guero's Next

Share All sharing options for: Chef Filming at Franklin BBQ, Headed to Guero's Next

Franklin BBQ was the first Austin stop for director Jon Favreau's indie comedy Chef, about a chef who quits his job and opens his own food truck. Eater Austin was on the set today and can confirm that Aaron Franklin was being filmed serving Favreau and another actor at a mock outdoor space behind the restaurant. Perhaps he will be in the movie?

Crew members indicated that the production is heading to Guero's on South Congress next. The truck may stick around town for an additional day of exteriors as well. Chef has been traveling across the country filming for the past few weeks, stopping in Miami and New Orleans. 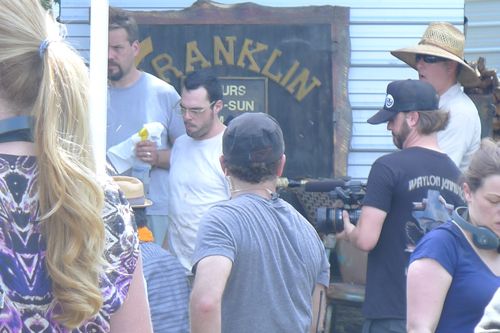