It's Greasy Spoons Week! Can You Name That Plate?

Share All sharing options for: It's Greasy Spoons Week! Can You Name That Plate?

Good morning, and welcome to Eater's Greasy Spoons Week 2013, during which Eater's local blogs across the Eater nation devote special content to the backbone of American dining: the greasy spoon. For most, that term will conjure up images of late-night diners with diverse menus, serving everything from gyros to breakfast plates.

At Eater Austin, we're celebrating the city's diversity by talking diners, sure, but also discussing great cheap taco spots, Asian dining destinations and other purveyors of cheap, hearty meals. Later today, you'll find a handy map of Austin's favorite greasy spoons —built out of EATX readers' many recommendations—but we'd like to kick things off with a daily giveaway contest.

Here's what happens: after the jump, you'll find a photo of a signature plate at an Austin greasy spoon, and it's up to you to identify the plate and its restaurant of origin. Be the first one to e-mail us your answer down the tipline, and we'll send you a limited edition Eater Texas t-shirt. 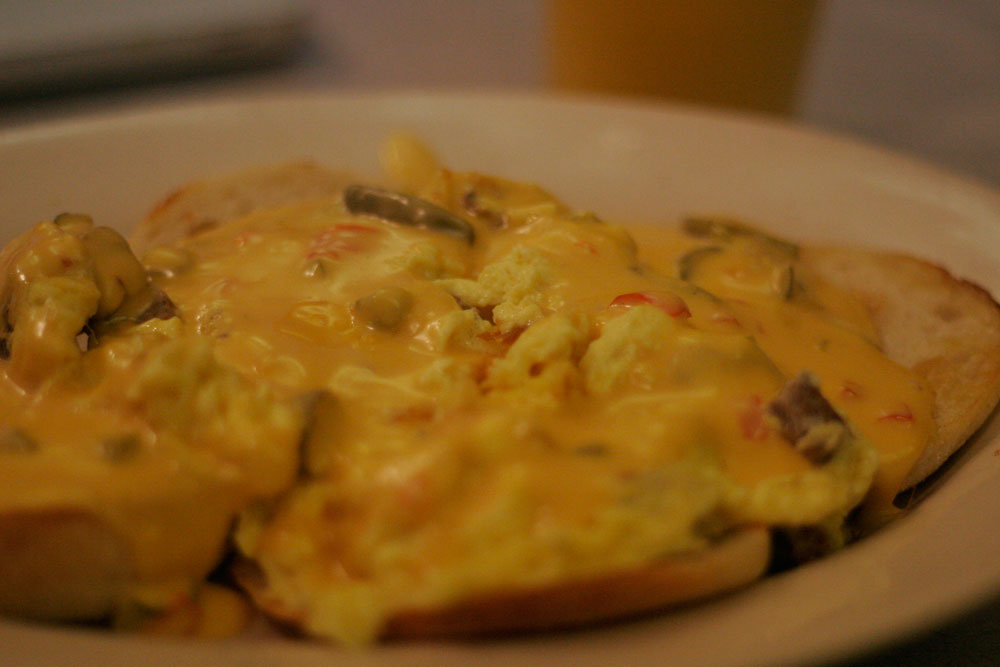 Think you know which late-night staple sells this cheesy plate? E-mail us!

Stallion Grill—and no, the plate isn't from there. We wouldn't make it that easy on you. [Photo: Gary K/Yelp]