Share All sharing options for: Paul Hargrove Heads Back Downtown For New Project 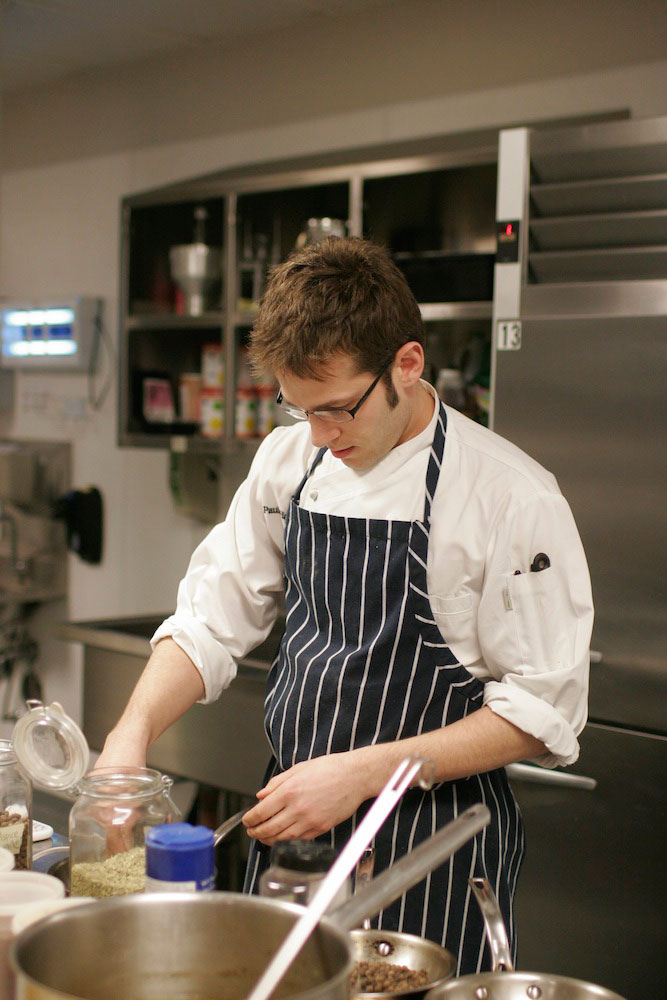 Chef Paul Hargrove will depart from his gig as executive chef at East Side Showroom later this summer to open an as-yet-undetailed project in the Warehouse District with the group that operates Cedar Street Courtyard.

The venue? The former Stack Burger Bar space at 208 W. 4th Street, which shuttered after a law enforcement raid on part-owners Yassine Enterprises exposed a drug and money laundering operation at the bar and restaurant group's many properties.

The official word via press reps for the new project:

Gaslight Square is excited to announce a new partnership with Chef Paul Hargrove, who is leaving his post at East Side Showroom later this summer to open a new concept in the former Stack Burger Bar space at 208 West Fourth Street in the Warehouse District.

For now, Hargrove and Gaslight Square, the group that owns and operates Cedar Street Courtyard, are keeping details about the new concept under wraps, but expect to reveal more later this summer.

Hargrove came to Austin in 2010 as chef at the W Hotel's TRACE before joining Sonya Coté in the ESSR kitchen in May 2012. Coté has since left ESSR to focus on her Hillside Farmacy and now, Eden East, in addition to consulting on a new menu at Papi Tino's on East Sixth Street.

Chef Paul Hargrove in the kitchen at TRACE in 2011. [Photo: Andrea Grimes/EATX]

Two New Downtown Steakhouses Open in Austin — One Brazilian, the Other American