Less hot, less dusty, and by nearly all accounts less of a shit show than last year, the 2013 Austin Food & Wine Festival brought celebrity chefs, local culinary all-stars and artisan producers of everything from wine to flour into town for a weekend of sampling, snacking and demonstrations. Now that the festival has packed its knives and gone, the recaps are rolling in.

Didn't have the festival's $250 or $850 admission fees searing Tim Love-worthy holes in your pockets? Click through the slideshow above for a Saturday tag-along with the Eater crew.

— The last-minute venue change from dusty, drum-circle-defiled Auditorium Shores to Butler Park turned out to be a fantastic decision. The siteplan felt more accessible and intuitive, plus it offered a grassy, rather than gritty, festival experience.

— The fire pit demos, situated in the middle of the park, were a great opportunity to chat with chefs over the course of an afternoon, away from hurried meet-and-greet-style lines and the crowded grand tasting tent. 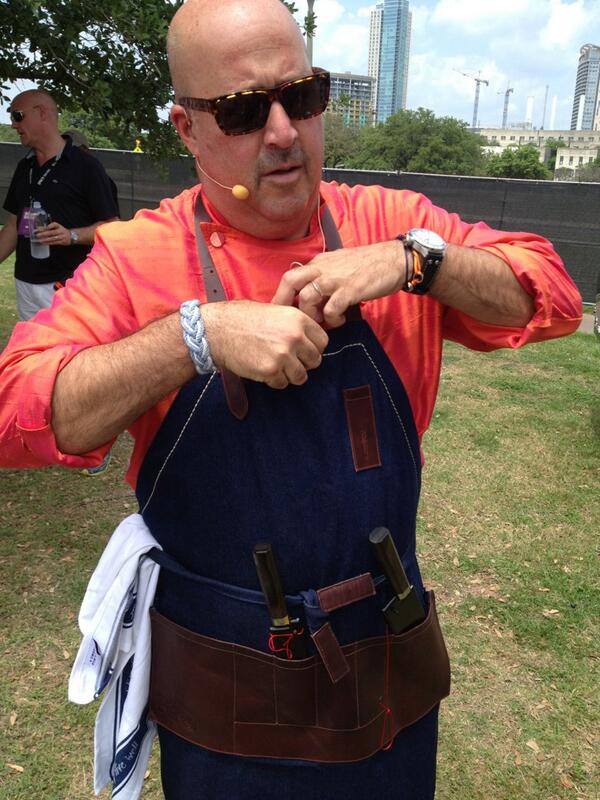 — Dust or no dust, nobody wants to stand in line next to one hundred fired-up grills for an hour and then not get a chance to actually grill. Addie Broyles over at the Statesman met an Austinite named Aaron Hix who was pretty pissed:

When his noon class with Austin chef Kevin Williamson ended after only 20 minutes, Hix says he headed to the grilling demo area, where the class with Zimmern and Love would start at 2 p.m. After waiting for more than an hour in line, Hix says he watched the class fill up with people who had paid $850 per badge. "Maybe 10 people in the regular line got in," he said, leaving hundreds of other $250 badgeholders the option of going to the grand tasting tent or one of the eight afternoon demos or classes that started at 2 p.m. or later. "I don't want this event in Austin if this is what it is."

— ZZ Top's Billy Gibbons was a surprise guest judge at Saturday night's Rock Your Taco event. Andrew Zimmern's a fan, tweeting that the festival is "all about the food music and good times."

— Tyson Cole defended last year's Rock Your Taco win with a second title, this time with a raw hamachi taco, though Food Republic's Matt Robard seemed particularly taken with Tony Mantuano's Italian-style taco: "He was beyond successful with his tender tripe slow cooked in a rich tomato gravy dusted with a grating of good hard parmesan and orange zest." 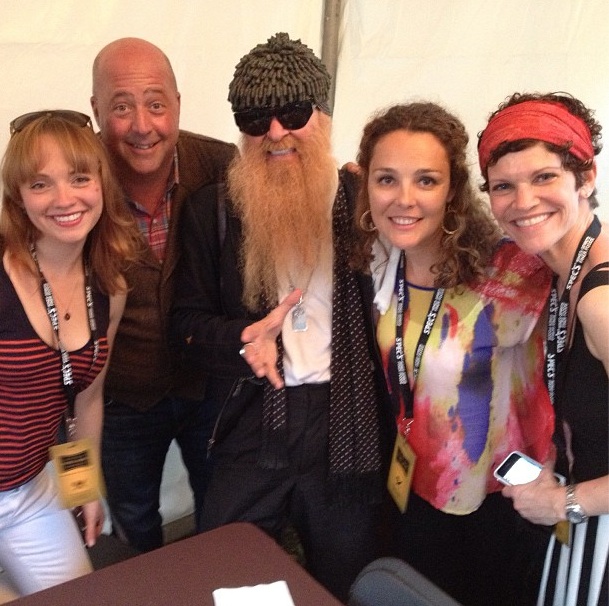 — The after-after-after party, following an absinthe-fueled stop inside the TRACE kitchen downtown, where pastry chef Janina O'Leary happily spun absinthe-flavored cotton candy for guests? Festival chefs were bussed out to the Hill Country to party with C3's Charlie Jones and crew; looks like Marcus Samuelsson approves of Jones' bookshelf.

— Brian Malarkey was overheard saying that The Taste, ABC's sad cooking reality show, is in fact not canceled. The network hasn't made a decision just yet, and we should hear in a couple of months whether or not the show has been renewed for a second season.

— Speaking of partying with Charlie Jones, here's what Samuelsson tweeted at 12:15 p.m. on Sunday: "We've all been there before... Here's what to eat after a heavy night of drinking." His link: includes miso ramen. 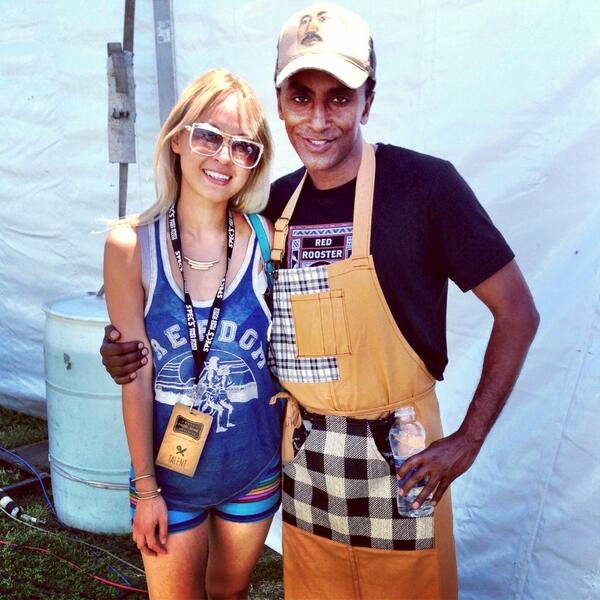 — Samuelsson, fashionable even in a (presumably) hungover state, rocked one of the Deana "East Side Queen" Saukam-designed aprons, soon to be spotted at qui.

Eater readers: what did you think of the festival? Was it worth your $250 or $850 investment?

The Best Things the Eater Austin Team Ate This Week: Chilaquiles and Pizza