How Much Food Does P. Terry's Go Through In A Week?

Share All sharing options for: How Much Food Does P. Terry's Go Through In A Week? 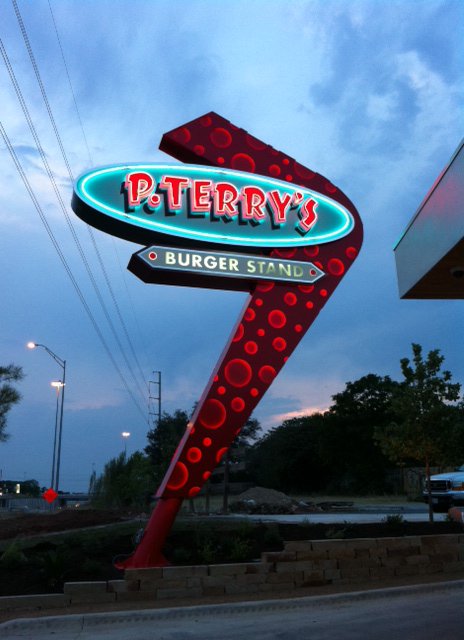 The atomic P. Terry's beacon signals to burger-craving Austinites from six different locations, which churn through tens of thousands of pounds of fresh patties, potatoes and toppings every single week.

So the next time you're jammed into a bumper-to-bumper line of cars outside your local P. Terry's, consider this: each week, P. Terry's goes through ...