Share All sharing options for: The Hightower is Bringing 'Casual New American' to East Austin This January

The Hightower, a new restaurant from the former chef and GM of the shuttered El Arbol, is slated to open next month on East 7th. The booming neighborhood abounds with cheap bar eats, old school Tex-Mex, and upscale, weekend-oriented destinations. Co-owners Chad Dolezal and Victor Farnsworth think there's a dearth of neighborhood restaurants that specialize in casual New American cuisine.

After looking for a space for over two years, the Hightower team is busily renovating the old Karibu restaurant on East 7th. Take a look at the plywood below, and read more about their approach to east side 'everyday' dining. 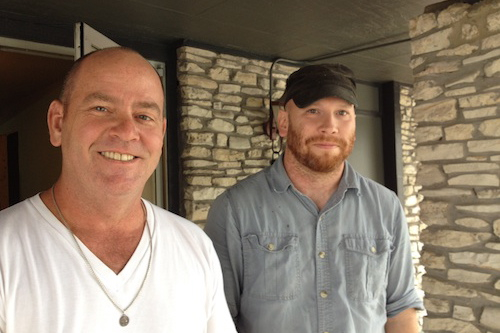 Chef Chad Dolezal is designing a menu of bar snacks and entrees priced between $13-16. He's hitting this price point by approaching affordable ingredients with high-end technique. "Instead of a rib eye or a fillet, I'll use a flank or skirt steak," Dolezal says. He argues that many of these ingredients can offer a superior product, like their roasted pork jowel that "tastes like pig candy." He admits that it's a new challenge working within a constrainted budget, since at El Arbol, he had more or less "a direct path" to high-end ingredients like hamachi or foie gras. Dolezal says that while they'll be sourcing "as smart as we can," they won't be calling themselves a farm to table restaurant, due to the high price points of local meat. 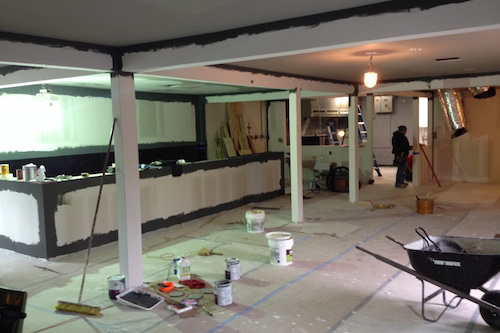 At the front of the house, partner Victor Farnsworth says he wants to take the professional service style he valued while working at El Arbol and the Four Seasons and make it fit a more casual environment. He defines The Hightower's approach as, "buttoned-down bistro service in a teeshirt." The bar program will reflect a similar casual approach, focused on classics. Farnsworth seeks to move away from the craft cocktail appraoch that at times results in a drink that "takes longer to make than to drink." 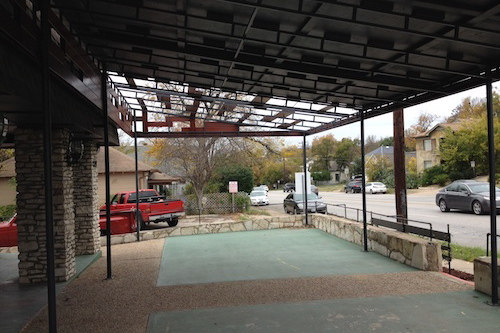 Farnsworth says he's pushing hard to open the first week of January, and both are confident that if they don't hit that goal, they will definitely be open sometime that month. Their Facebook page features frequent plywood and menu development updates.
· The Hightower [Facebook]
· All Hightower Coverage [EATX]