Share All sharing options for: La Barbecue Officially Opens at 6th and Waller

Acclaimed barbecue trailer La Barbecue has officially settled into its new digs at East 6th and Waller. They will be celebrating with a party on Saturday, December 14; the event was originally scheduled for this Saturday, but they've moved it due to this weekend's artic weather forecast. As of today, there was no line at lunch; line-haters might want to stop by before that changes. Check out a shot of pitmaster John Lewis toting meat below, because why not. 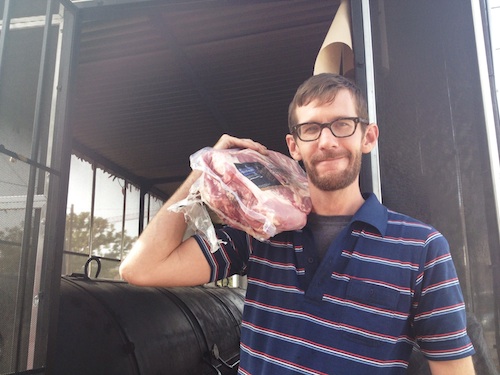