As is the tradition at Eater, our closeout of the year is a survey of friends, industry types, bloggers, and readers. Here's last year's run-down for the nostalgic. So far we've covered restaurant standbys, top newcomers, and more. Readers, please add your thoughts to the comments. 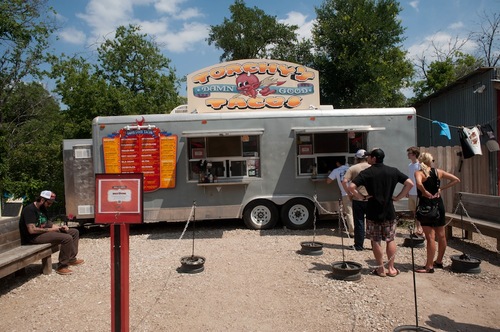 Q: What Will Be 2014's Biggest Headlines?
Melanie Haupt, restaurant critic for The Chronicle and author of Historic Austin Restaurants: Remember that scene in Demolition Man where Sandra Bullock says, "All restaurants are Taco Bell now"? I fully expect all restaurants to be Torchy's or a burger chain by the end of 2014. I'd be okay with the Torchy's option.

Jessica Dupuy, food and wine writer with CultureMap, Texas Monthly and Fodor's: Well, with all the recent new restaurant announcements, it seems it will be the Year of the Chinese Restaurant. Rene Ortiz, John Bullington, the guys from Swift's Attic. It's certainly clear people are wanting to fill a niche. I'm always game for dim sum, so here's hoping there's something promising in that category.

Jane Ko, editor at A Taste of Koko and food photographer: Pop up dinners are the popular new way to dine. Food trucks are a thing of the past.

Tom Thornton, Eater Austin contributor and freelance food writer: After Philip Speer scores a big hit with St. Philip, some high-quality upscale casual spots (spots like Noble Sandwich, Tatsu-Ya, and Fresa's) will go after the goldmine of underserved foodies in Southwest Austin. The upscale coffee folks should explore this area, too - lots of opportunity.

Paula Forbes, deputy editor of Eater National and Eater Austin editor emeritus: East Seventh will be the best dining neighborhood, there will be big restaurants from known quantities, and I hope a newcomer or two as well. Also, mark my words: next year will be the year of Rene Ortiz and Laura Sawicki.

Meghan McCarron, editor, Eater Austin: EXPANSIONWIRE. Nearly every successful restauranteur in town is planning a second venture, and successful groups have multiple new projects in the works. Real estate is tightening up around town, so way more restaurants will be opening in new construction, too. 2014 will be big, and 2015 is going to be staggering – so many new buildings will be ready to go by then, and love 'em or hate 'em, they'll all have restaurants.
· All Year in Eater 2013 [EATX]