[Image: SACC Official Site.]
In 2012, Chef Mark Bohanan threw the inaugural edition of the San Antonio Cocktail Conference. Designed as a regional alternative to Tales Of The Cocktail and Manhattan Cocktail Classic, the festival is a hybrid event that appeals to both industry insiders and passionate cocktail fans. The festival combines a few large-scale parties and cocktail crawls with a series of workshops, seminars, tasting room sessions, and bartending competitions. The 2013 edition brought in big numbers: almost 5,000 event tickets were sold, and over 260 different cocktails were served across the range of events. The festival also donated $75,000 of their 2013 proceeds to San Antonio-area charities. This year's program includes everything from classes on cocktail barrel aging and grape-based spirits to bloody mary brunches and a Texas spirit night at The Pearl.

Eater Austin talked with Bohanan this week to ask about the ideal way for Austin visitors to check out a sampling of the conference and to learn more about the Austin talent participating in the 2014 program.

What inspired you to start SACC?

Our motivation was to include and encourage our Bohanan's family to become more heavily involved in the community. There's such a good feeling that comes with charitable giving, and we wanted to tie that to enhancing our downtown neighborhood, while bringing awareness to the craft cocktail movement. 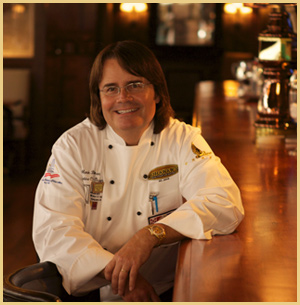 What changes to the event have you made for 2014?

With the addition of many new craft cocktail bars in San Antonio, we are focusing on showcasing them in unique and historic venues in and around our neighborhood. We are highlighting the individuality of each bar within the growing Texas spirit industry. These new venues have also allowed us to team with some terrific culinary professionals in exciting ways. We are also expanding the weekend by adding spirit paired dinners on Tuesday and Wednesday before opening night. The Saturday night after party will also be bigger and better with The 86 Co. hosting at the Empire Theater and The Spazmatics providing the music. And our Sunday cocktail competition will now be an event of its own.

Do you have Austin-area bartenders or spirit producers on board for the conference? If so, who?

Each year we are seeing a larger presence from Austin-based bartenders. David Alan (The Tipsy Texan) will be back for his third time with us. Jason Kosmas and Bill Norris will also be back. Travis Tober from the Four Seasons will be presenting a seminar for the first time. Chris Bostick will also host a seminar with us this year. Tito's will back for the third time, and Deep Eddy and Treaty Oak will both have a large presence throughout the weekend. This year, the Friday night at the Pearl Stable will be dedicated to an all Texas Spirit Night, where we'll showcase 11 different Texas-based spirits.

For those cocktail enthusiasts who can't attend the whole conference, do you have a suggested ticket buy for an "overnight" from Austin on one of the event nights?

It would be best to book a room at the Sheraton Gunter Hotel on Friday night. This will allow you to attend a few late afternoon seminars on Friday. The Friday night party at Pearl will launch from the Weston Centre with a cocktail barge along the San Antonio River to Pearl. Cocktails at the Weston Centre will be sponsored by Remy Cointreau. There will be several seminars early Saturday as well, and our tasting room will be open from noon to 5:00 p.m.

In 2013, the conference featured riverboat and double decker bus cocktail crawls through SA's best bars. The format has been shaken up a bit this year - tell us about the new Friday and Saturday night parties.

Rio San Antonio Cruises and the double decker buses are very much still a fabric of the conference. Saturday evening's Houston Street party will be a private stroll down historic Houston Street with huge parties at Bohanan's and Luke. The sidewalk will be closed for party goers, with big bands, food and drinks along the way. The Sheraton Gunter will host more music and cocktails on their patio. To cap off the night, The 86 Co. will play host to a terrific after party at the historic Empire Theater.

In your opinion, are Texas spirits making headway in placements at San Antonio bars? What are some of the favorites in use at Bohanan's?

Yes, in a big way. We have several Texas brands in our bar at Bohanan's. We carry Cinco, Balcones, Tito's, and several of the Treaty Oak spirits.

Can the general public purchase tickets to the daytime seminars and classes?

Yes! We have made an effort to be sure our lineup of seminars includes something for everyone. We want the seminars to be appealing for the novice, the aficionados and the industry professionals alike. Folks can find the schedule and purchase seminar tickets on our website.

The San Antonio Cocktail Conference will be held at the Sheraton Gunter Hotel and other area venues from 1/16-1/19. Tickets are available now at sacocktailconference.com.

Two New Downtown Steakhouses Open in Austin — One Brazilian, the Other American