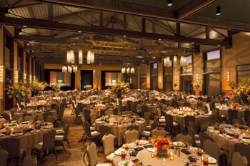 Austin's Keeper Collection have announced final details for their 2014 "Somms Under Fire" event on January 26, which pits three noted somms against one another in an intense, multi-round drinks knowledge and food and wine pairing battle. Past winners of the event include qui's June Rodil and Arro's Scott Ota. This year's event expands the talent pool beyond Austin: Austin's Nathan Prater of The Red Room will compete against Paula De Pano of Fearrington House in Chapel Hill, NC and James Watkins of Cordua of Pasadena, TX. A panel of judges will award one winner an all expense paid one-week internship in Burgundy. While the event is being held at the AT&T Conference Center, the night's food will be prepared by Shawn Cirkiel (parkside, olive and june). Tickets to the event include cocktails, wine, and food, and are priced at $65-$125.