Shake Shack is Coming to South Lamar in 2014

Share All sharing options for: Shake Shack is Coming to South Lamar in 2014 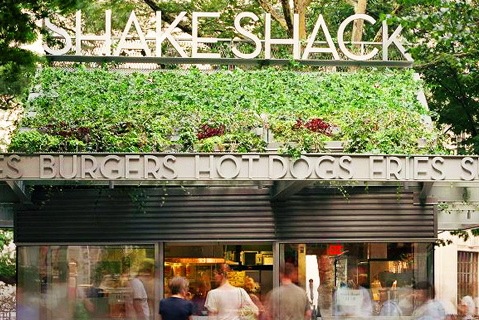 The Statesman reports that Shake Shack is coming to Austin in "late 2014." The insanely popular hamburger, hot dog and custard mini-chain, operated by Danny Meyer's Union Square Hospitality Group, will open in the new Lamar Union development along with the rebuilt Alamo Drafthouse. The first Shake Shack opened in New York's Madison Square Park in 2004 and was instantly known for its epic, Franklin-level lines. The restaurant has since expanded to numerous other locations, including Philly, D.C., and Boston. The Austin location will be the first in Texas. With both In-N-Out and Shake Shack expanding to Austin in 2014, will Austin become another front in burger wars?

Matthew Odam's post for the Statesman also mentions that the Lamar complex will be home to Cantine, a new restaurant from the Asti and Fino group.
Update! The full press release is now below. The Austin menu will feature Shake Shack "classics," including their "custard concretes." 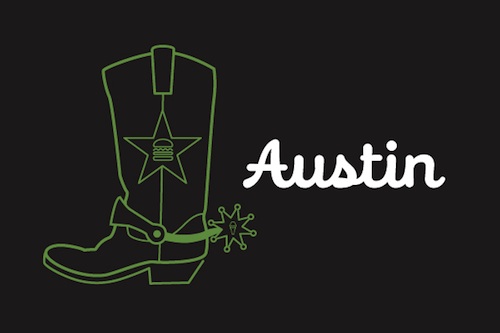 NEW YORK, NY – October 18, 2013 – You can hang your hat on it—Shake Shack is Texas bound! Danny Meyer's Union Square Hospitality Group (USHG) is proud to announce it will bring its first-ever restaurant to Texas when it opens Shake Shack in Austin in late 2014.

Shake Shack Austin will be located on the corner of South Lamar and Treadwell in the neighborhood's new Lamar Union retail and residential development, neighboring the original Alamo Drafthouse.

"We're thrilled to plant our feet in the great state of Texas," said Randy Garutti, Shake Shack CEO. "Austin embraces all of the important things in life—food, music, community and culture—we're excited to be on South Lamar that puts us in the heart of it all."

In keeping with Shake Shack's mission to Stand For Something Good, the new location will be constructed with a variety of recycled and sustainable materials, and feature energy-efficient kitchen equipment and lighting. Chairs and booths will be made from lumber certified by the Forest Stewardship Council.

The Austin menu will feature all the Shake Shack classics including beer, wine, and a selection of tailor-made frozen custard concretes.

With its fine dining heritage, Shake Shack is an integral part of Danny Meyer's Union Square Hospitality Group which owns and operates some of New York City's most celebrated restaurants: Union Square Cafe, Gramercy Tavern, The Modern at the Museum of Modern Art, Maialino, North End Grill, Blue Smoke, Jazz Standard, and Untitled at the Whitney.

The Best Things the Eater Austin Team Ate This Week: Chilaquiles and Pizza

A Pierogi Truck Is Joining the Austin Food Scene