Jack Allen's Kitchen Partner Tom Kamm On The Jack Allen's Experience: "There's Something For Everybody."

Share All sharing options for: Jack Allen's Kitchen Partner Tom Kamm On The Jack Allen's Experience: "There's Something For Everybody."

Welcome to The Gatekeepers, in which Eater Austin roams the city meeting the fine ladies and gentlemen who stand between you and some of your favorite hard-to-get tables. This week: Tom Kamm at Jack Allen's Kitchen. 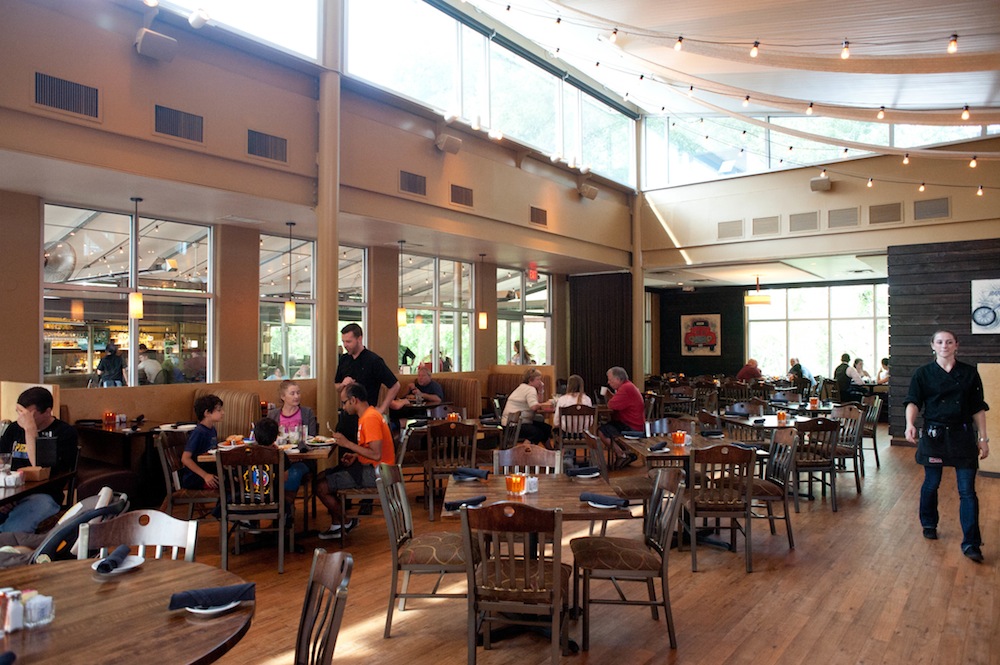 When Jack Allen's Kitchen opened in Oak Hill in late 2009, it swiftly became a destination not just for neighborhood folks but for all Austinites anxious to see what former Z-Tejas chef Jack Gilmore would do on his own. Now, business is so good that the restaurant is expanding with another location in Round Rock, and partner Tom Kamm, who manages front-of-house operations, is taking his expertise north.

In this edition of Gatekeepers, Eater Austin sits down with Kamm to talk about how he's built the Jack Allen's experience—which means many different things to their diverse customer base—over the years, and how they're hoping to translate the atmosphere they've cultivated in Oak Hill to their next location, which is projected to open in early October.

How'd you get into the restaurant business?

I originally was pre-med [at the University of Texas], and was spending a summer as an intern at a hospital and working in a restaurant at night. Sometime during that summer, between working in the hospital in the day and the restaurant at night, somewhere along the way it hit me that I'd rather be in the restaurant business. So I graduated and worked at a couple different places. A fish market on Pecan Street. Way back in the late 70's, early 80's. Captain Boomer's. Fonda San Miguel. Manuel's. So one of my goals was to open my own restaurant by the time I was 30. So I actually got into a sweat equity kind of deal at La Margarita in Round Rock, which is still there. When I started with them they were on Highway 79 in this little restaurant, now they're on I-35. Z Tejas. I was with Z-Tejas for almost 20 years.

I was hired as the first manager for Z-Tejas and Jack was the chef there. He and I ended up growing the company from one restaurant to I think we had 14 at one point. We spent a lot of time on planes and traveling and really learned a lot in that job. And then we had some nice cushy jobs as restaurant executives, and for some crazy reason we decided we'd open our own restaurant.

How did this location of Jack Allen's come to be?

I wanted a covered patio. I wanted a creek. This was the right square footage, we were sold on it immediately. The building had great bones. The first one was so easy, because everything was done in an hour. We had the site, everything. Now on our second one, it's taken us a year to find the right location. It was so simple the first time.

It's changing a little bit right now because we're getting ready to open the other location. But Jack's always taken care of the kitchen and I've always taken care of the front-of-house. So with Z Tejas, I was director of operations and the beverage manager for the chain. I did the wine list for all the restaurants in the country. Some of my time was spent on that, but mostly I was the director of operations. So I have a good perspective on the business, from marketing to service to anything. So we went from that corporate chain feel where you had a marketing department and an HR person and an IT department. Now, when we opened our place, we got back to our roots and we wear all the hats. So I wear a lot of different hats.

But typically, we're here every single day. In the morning we get the restaurant set-up and then it's basically running shifts. Making sure the staff is happy. That everyone knows what they need to know. Then we spend a lot of time just kind of playing around. Doing new research. Making cocktails and tasting wine. Continue trying to evolve the menu. We really, really focus on the local aspect of everything. So we try to take advantage of all the products that are out there. As we've grown, one of the things we do is nightly features. Three features in the kitchen, now we're doing seasonal cocktails. Chalkboard wines. So we get all those specials planned. But a lot of the times, it's just communicating and planning and making sure every guest leaves happy.

What are your busiest times here, customer-wise?

The weekends. When we opened, we wanted to have an appeal to a lot of different people, and we wanted to be very value-driven. So we've seen growth at lunch and growth at dinner and into the later hours. But the weekends is where our business is. Friday nights, huge happy hour. And then Saturday and Sunday we do happy hour from three p.m. to five p.m., so those off-hours, it keeps them busy. We do a really big brunch on Sunday and go right into a busy lunch and a busy dinner. Sometimes Sunday is our busiest day here. It kind of goes back and forth. Sometimes it's Friday, or Saturday, or sometimes Sunday. Depends on the time of year and what's going on.

You've got this great patio out here, so that must really be popular when the weather's nice.

We use it year-round. We renovated it. When we took it over we kind of let it go for the first winter we were here. We didn't do much. And then last winter, we built the fireplace and put in ehaters and fans and covered a whole lot more of it. So it's pretty appealing. We get year-round use out of almost every seat out there. It's amazing that it's like 103 out there and people are out there enjoying themselves. I mean, it's Austin.

Is there a typical Jack Allen's customer?

It can be anybody. It's a very, very diverse crowd. And we kind of planned the menu that way. When we planned the menu, we wanted to have it so you could bring eight people from anywhere in the world and they would find something they liked. So it's value-driven, affordable. I think you see a lot of different people from happy hour, into the dinner hour. We get people from Barton Creek to Lakeway to Dripping Springs to Circle C and all walks of life, too. We get a lot of regulars, people in the Oak Hill area that we see daily or three or four times a week.

From a front-of-house perspective, how do you keep a diverse customer base happy?

I think there's something for everybody. And we're starting to see, and I think this bodes well for the future, teenage girls come in and have their birthday parties here. Because people's kids like it. And that means a lot. And Mom likes it and Dad likes it. And Grandma likes it, too. I just think there's a little bit of something for everybody. It's really our staff's job to find out what it is that people are looking for. There is no one Jack Allen's experience. It's whatever you want to make it.

How are you translating that to Round Rock?

It's about ten minutes from my house, so I start there every day and look at construction. We have an architect and a supervisor on site, but I'm there every day. It's real important to be on-site during construction. We never would have decided to do another site if we didn't have the right management team in place. So what's going on now is making sure our management teams are ready, especially here and there. We're also going through, looking at new plateware and glassware. Looking at training material. We've got about a ten page checklist that we go through to open a restaurant, because we've opened a lot of restaurants.

Will you be taking management from Oak Hill to Round Rock, or hiring new folks?

Over the last year, we've been kind of building the team, so bring a person here or put them there. And we've hired three or four people specifically for the restaurant. But Jack and I strongly believe in surrounding yourself with great people. So we've been doing that over the last year. Building our team. And people are ready now.

You have to be genuine. You have to be passionate about what you do. One of our cornerstones of what we do is hospitality. There's no strangers here. You have to know how to make people feel warm and relaxed and friendly. You have to be organized. You have to be used to a high-volume restaurant. But really, it's that genuine. We have fun here and we want people to relax and have fun. So it's that leader that can hold people accountable but also get their back and not necessarily be their best friend, but the staff needs to know the management is behind them one hundred percent.

Any plans for a Jack Allen's Buda?

Right now, let's get this one open. [laughs]

Kevin Williamson, Founder and Chef of Ranch 616, Has Died