This is One Year In, in which Eater Austin interviews chefs and owners on the occasion of their restaurant's first anniversary. This week, we speak with Bryce Gilmore of Barley Swine. 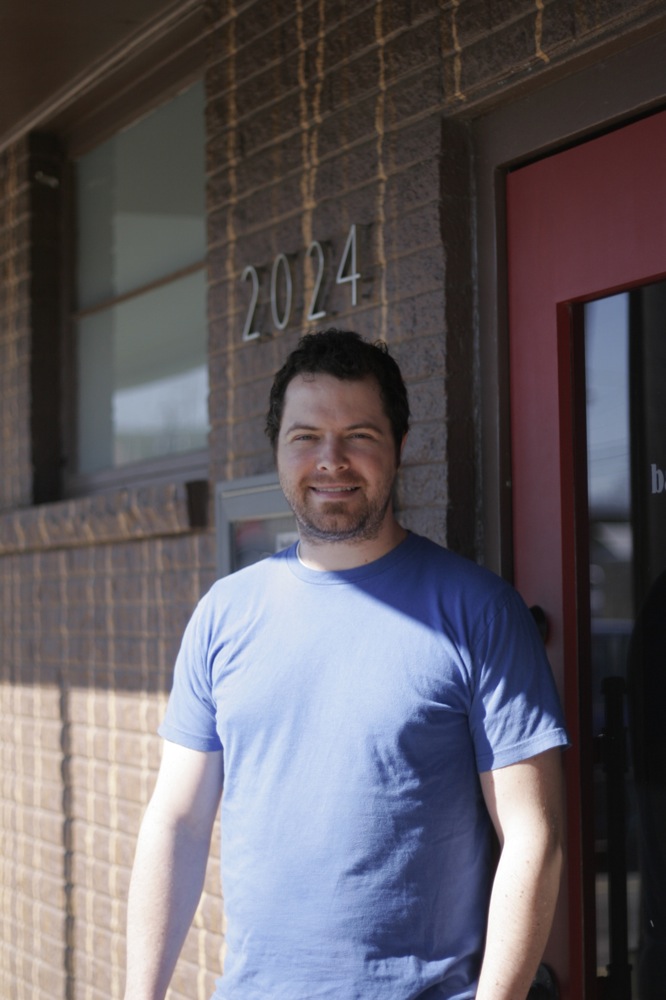 When Barley Swine, Chef Bryce Gilmore's ode to delicious beer and meat, opened at the tail-end of 2010, all culinary eyes were on the Odd Duck Food Truck proprietor. A year later, Gilmore's been named one of Food & Wine's Best New Chefs and his 34-seat restaurant has gotten an awful lot of love from critics and chefs alike.

Eater Austin sat down with Gilmore to talk about his journey from roaming chef to food truck owner to the man serving some of Austin's most sought-after meals. And if you're waiting to find out whether the Odd Duck truck is done for good, well, we've got your answer to that question, too.

What was your vision for Barley Swine before you opened?

We had the trailer going, and I think this concept has been something that I’ve wanted to do for a while. It’s a place that I would enjoy eating at. It’s something I’ve seen little bits of in bigger cities. I like the communal seating. I like the bar atmosphere, bar tables. That paired with kickass beer and wine is really cool. Good food. Solid food, done well.

I didn’t know what my first restaurant was going to be until, you gotta see the space and where it’s located. Our landlord approached us and he said he had this space and we took a look at it, and it was really small. There was this wall that ran across. It was a bakery before. I just kept looking at it and I wanted to do something with an open kitchen. Something that would be small would be great for me, because it’s a step up from the trailer. I looked at the layout and thought, if I do all communal seating I can make this work. And I know that’s not for everybody, but it’s something I’ve learned with the trailer: you can’t please everybody anyway. So you have to hope there’s enough people out there who like what you’re doing and support you.

Has the restaurant lived up to your original expectations?

I think it’s been better. It’s been better than I could ever hope for. The last year was an insane year for us. This neighborhood, and the people of Austin have been extremely supportive. We take a lot of pride and care in what we do here, and to have everyone come out and enjoy what we do is awesome.

How has your menu evolved over the last year?

Especially with your first restaurant, you have to learn and adapt and evolve with what you’re able to do out of your space. What people are buying. What you’re able to get from the farmers. Really just learning and pushing to get better. I think our food is the best it’s been right now. It keeps getting better. I think that we’re putting a lot of effort into our plating as well, so making that a focus. Not only on the flavors but on where we’re getting our food from. We’re continuing to develop relationships with these farmers and new farmers are popping up that we’re using, that’s really cool. I wish my restaurant was bigger so I could support more of them and bring in more product.

I always have people coming by saying, can you buy this? I really want to and I wish I could. And sometimes I buy it and I’m like I can’t do anything with it! But I think it’s cool too, because we all collaborate on stuff. And I want my staff to have the freedom to come up with their own ideas and play around with things that they want to do. The menu is becoming more of a collaboration of everyone’s thoughts and views on the food. We’re having fun with it.

Talk about your background, and how that's come to play in Barley Swine.

Right before the [Odd Duck] trailer I was living in Aspen, working at the Little Nell hotel with Chef Ryan Hardy. He’s a great inspiration chef that really cared about sourcing his ingredients. He had a farm we got a lot of stuff from. Before that I was in San Francisco at Boulevard. And before that I was at a restaurant called Café 909 in Marble Falls. I was Mark’s sous chef out there for a couple years. And before that I was just working at random places here and I was back and forth between here and San Francisco for a while. I think it’s good, and I think a lot of young cooks need to work with as many good chefs as they can and take little bits from everybody. If you work with one person for ten years your style is going to be very similar to that person. Which is not a bad thing if that’s what you want. But what I like, I work with a chef and I get an idea of what they’re all about and I learn as much as I can and I move on to somebody else. I think everyone I’ve worked for has made me who I am.

Are you more legit now that you've got your own place versus having the truck?

I guess I have more credibility? I don’t know. It’s hard to say. I’m just very surprised and amazed at the support I’ve gotten and that we’ve gotten as a team here. I’m seeing now, I knew how many people liked Odd Duck, but now that we’re closed I’m getting so many people telling me how much they miss it. It’s just crazy. It’s hard to explain. I put my soul into that trailer. I built it myself. I put the expenses on my credit card. I just wanted to bring good food to the everyday person. And the only way I could do it, I wasn’t ready to have a real restaurant yet, I was like, this will be a good step to show people that I know what I’m doing. And someday I’ll have a restaurant. I didn’t know it’d be a year later. I just wanted to have fun and cook and do what I wanted to do. That trailer allowed me to do enough.

To get to this point, everyone here has made it possible.

And here you are with a Food & Wine award and you'll be participating in the Austin Food & Wine Festival, too.

I’m just a 29-year-old cook. I’m not in the same league as David Bull and Tyson Cole. It’s definitely an honor. And somewhat of a dream come true I guess. It’s pretty awesome. When I stop and think about it, I’m like, what the hell is going on? Is this really happening right now? I’d still be here, but would I have gotten Food & Wine’s Best New Chef? I wouldn’t have said that. It was a goal of mine, it was something I wanted since I was a little kid. Seeing those magazines with the chefs on the cover, I was like, it’d be cool to be one of those one day.

What have you got planned for Barley Swine in the coming year?

We are trying to get some more seats in here. So I’m hoping soon that will happen. We’ll kind of move a couple things around, move a wall back. We think we can get about ten more seats in here. So that’ll make it 44 seats, which is a big jump up for us. That’ll pretty much be it for Barley Swine. I think that’s the most we can do here. People are like, why don’t you take the place next door? Why don’t you buy the whole building? I’m like, that would change the whole concept of what we do here. I like the way this is. It sucks that a lot of people don’t even try to come here because they know there’s a good chance they’re going to have to wait for a couple hours, and I understand that. That’s why adding these seats is going to alleviate some of that. But if we were to expand and make this 100 seats, it’d be a totally different restaurant. We want to do other projects and other concepts down the road.

What about Odd Duck? Will you ever re-open?

We’re still looking at everything. People need to understand that trailers are not easy and they don’t make any money. Especially with what we were doing. We were running like a 50 percent food cost. Buying everything from the farmers. That stuff’s not cheap. We were able to do it and we were doing fine, but it’s really difficult. And it’s inconsistent. If it rains, if it’s really cold outside, if it’s really hot outside, you can’t always count on it. If you get nice weather you’ll do really well, but the hot summers and the cold winters. When I was running the trailer my first year, I was on my phone checking what the weather was going to be like all the time. If I’m gonna bring all this food to the trailer and it starts raining, that’s a real bummer for me. It’s hard.

If I can reopen that trailer in a way that makes sense, I’ll do it. I don’t know if that’ll happen soon. What we’re really looking to do is turn Odd Duck into a brick and mortar space. That would be ideal. We’re really working on that right now. We’re looking around. Nothing’s set right now. I’m hoping by the fall we’ll have something going. So we’ll see. But I don’t want to say that Odd Duck won’t re-open. Because we do have the trailer. If we find the right location to park it at, we’ll see.

For more One Year In posts published today across the Eater Universe, head over to Eater National.

A Pierogi Truck Is Joining the Austin Food Scene