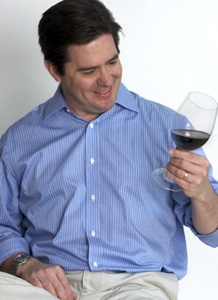 Eater Austin just returned from Uchiko and the first-ever Austin Food & Wine Festival announcement party, where we sipped white wine and ate these amazing little pork belly bites while you guys sat around at work staring at the clock. But keep your nose to the grindstone, because you'll probably want to save up for the $250 weekend pass or $850 VIP pass to the April 27-29 event at Auditorium Shores, which will feature live music (it's Austin, after all) and hands-on classes from the likes of Tyson Cole and Tim Love.

C3 Presents (have you heard of Lollapalooza? Perhaps ACL Fest?) are partnering with Food & Wine to present the festival, which will feature Lucinda Williams in a special VIP-only performance, along with notables in the Texas and national food and beverage scene. Tickets go on sale January 24th.

Inaugural Festival to Feature Celebrity Chefs, Texas All-Stars, Live Performances and Much More in the Live Music Capital of the World

On Saturday night, celebrity chefs Michelle Bernstein, Tyson Cole, Elizabeth Karmel, Tim Love, Tony Mantuano, Masaharu Morimoto, Marcus Samuelsson, and Jonathan Waxman will compete against one another in the Rock Your Taco VIP Event to create the ultimate taco. Winners will be selected by a panel of judges including Christina Grdovic, Gail Simmons, and Andrew Zimmern, while attendees will have the opportunity to cast their votes for the coveted People's Choice award.

Live music will also play an integral role in the Austin FOOD & WINE Festival. In addition to an appearance by the legendary Lucinda Williams, festival producers have collaborated with multiple venues to activate Austin with top talent, including The Black Keys, Arctic Monkeys, Blue October, Bear in Heaven and Nocturnal Wonderland, to name a few. Please visit the Austin FOOD & WINE Festival website ( www.austinfoodandwinefestival.com ) regularly as new shows are announced.

"It's a very exciting time for the Austin culinary scene with so many new restaurants and up-and-coming talents making their mark on our city," says Charlie Jones. "We're proud to be included in the FOOD & WINE portfolio of events and to host world-class chefs, winemakers, and food enthusiasts who will all experience Austin as the incredible food and music destination we know that it is."

A portion of festival proceeds will benefit The Austin Food & Wine Alliance, a 501 C(3) organization dedicated to fostering awareness and innovation in the Central Texas food and wine community through grants, educational programming and events. Learn more about the Alliance at www.austinfoodwinealliance.org .

Tickets for the Austin FOOD & WINE Festival go on sale Tuesday, January 24, 2012 at 12:00 p.m., CST, and are $250 for a Weekender pass, and $850 for a VIP pass. All attendees must be 21 years of age or older. For more information or to purchase tickets, please visit www.austinfoodandwinefestival.com , or follow us at Twitter @austinfoodwine and Facebook.com/austinfoodwine. For media credentials, please contact sabell@baltzco.com or austin@baltzco.com.

The Austin FOOD & WINE Festival marks a compelling collaboration between C3 Presents and some of Texas' most exciting chefs and restaurateurs, including Tyson Cole, the James Beard Foundation Award-winning Owner/Chef of Uchi and Uchiko in Austin; Tim Love, Iron Chef Champion and Owner/Chef of The Lonesome Dove Western Bistro, The Love Shack, and The Woodshed in Fort Worth; and Jesse Herman, owner of the James Beard Foundation Award-nominated La Condesa, Austin, Texas, and La Condesa Napa Valley. C3 Presents is the Austin-based event company that produces Lollapalooza in Chicago's Grant Park, and Austin City Limits Music Festival in Austin's Zilker Park. The Austin FOOD & WINE Festival will take place April 27-29, 2012, bringing an array of taste, talent and culinary entertainment to the Capitol City. Please visit www.austinfoodandwinefestival.com for future details on the event. http://www.facebook.com/austinfoodwine http://www.twitter.com/austinfoodwine

FOOD & WINE is the modern, stylish, trend-spotting, talent-seeking epicurean brand. Created by American Express Publishing, the luxury-lifestyle authority, FOOD & WINE includes a monthly magazine with a circulation of 925,000, a books division and foodandwine.com, with updates on Twitter (@fandw) and Facebook.

Ray Isle just could not be more pleased with this glass of red. [Photo: Austin F&W Fest/Official]