When a San Antonio brewpub called Freetail Brewing Company got a cease-and-desist letter from an Oregon lawyer representing a brewery in Eugene, they responded not with cowardice, but with a steeliness worthy of the disputed term at hand: "Hopasaurus Rex." The Steelhead Brewing Company's lawyers told the San Antonio brewers that if they didn't stop using the term "Hopasaurus Rex," they'd be in deep trouble.

So the San Antonio guys drew them a picture of a T-Rex literally waving a couple of white flags and sent it back with a hilarious letter that both takes the high road and burns the Oregon dudes so, so bad. Freetail C.E.O. Scott Metzger wrote that they "don't use Hopasaurus Rex enough to care what we call it," since they use the term to refer to a process rather than a product, so they'll stop, no big deal. But:

"When you are informing your client of such, I request (but not demand) that you please tell them that they could have just asked us nicely and saved the legal fee. 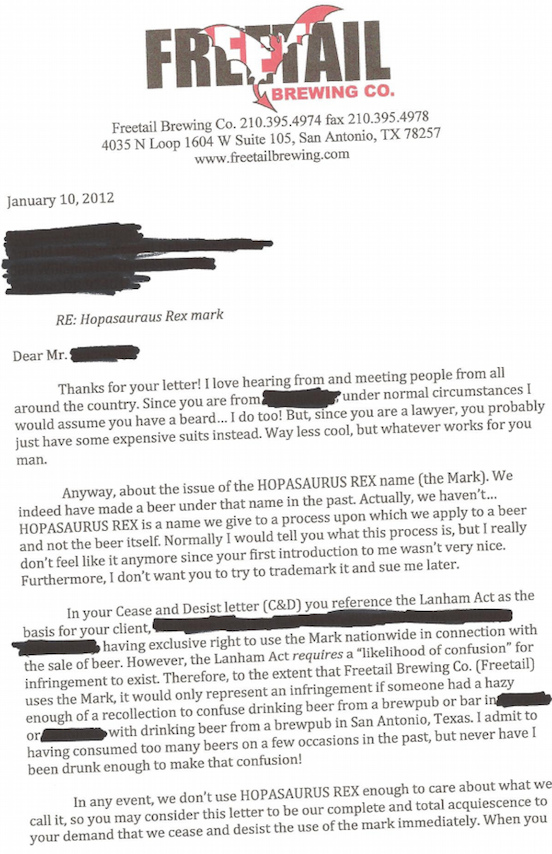 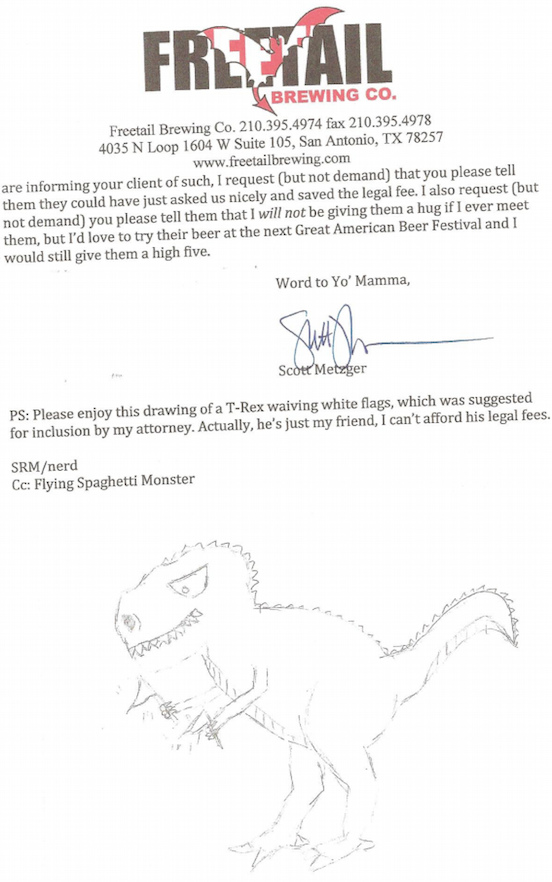