What's this? Austin's own Afin Modern Japanese Tapas Bar, the sushi bar on North Lamar that got a solid review from the Chronicle this week, has menus on both their Facebook page and their website that look awfully familiar. In fact, they look a whole lot like the famous Martin Kastner-designed menus at Grant Achatz's three Michelin star restaurant Alinea in Chicago. Oops. Eater reached out to Alinea co-owner Nick Kokonas who shared his thoughts on the matter:

I am always amazed when something like this happens — and I wonder if it is the restaurant or the graphic designer that has no ethical compass. We outlined the entire concept in the Alinea book, and while adapting a recipe or technique is certainly part of the culinary tradition and why we are so open source, blatantly ripping off our design and the work of Martin Kastner is just plain wrong.

This isn't the first time something like this has happened to Alinea: back in March, a Miami catering company tried to pass off a bunch of photos of the restaurant's food as their own. Needless to say, that didn't go over too well.

Eater reached out to Afin 24-hours ago but as yet haven't heard back; updates to follow as necessary. Below, larger images of the menus and some screengrabs of Afin's website. 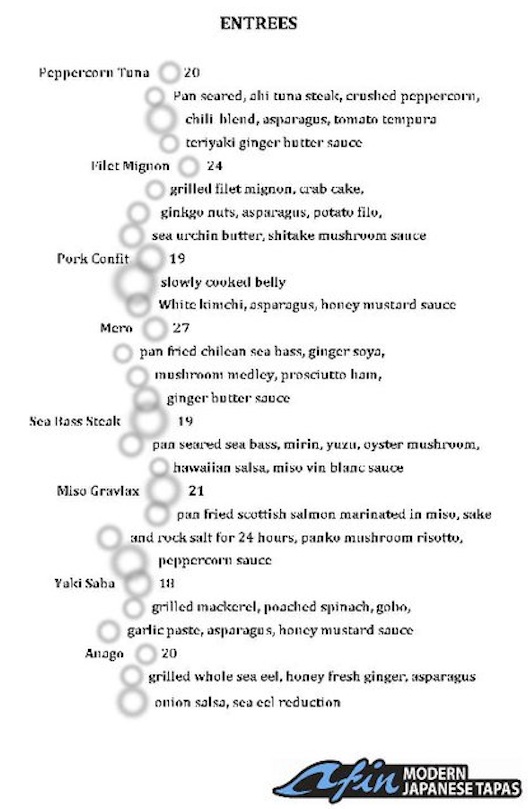 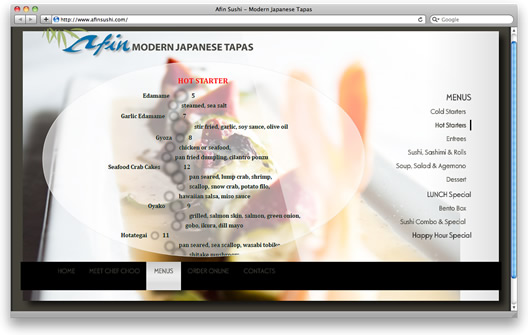 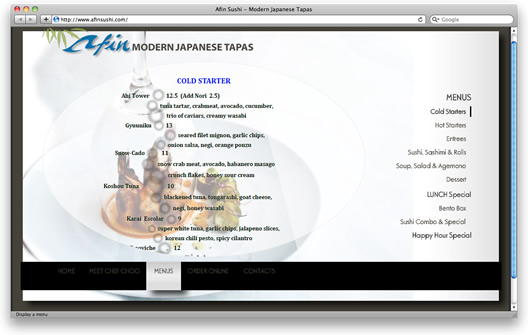 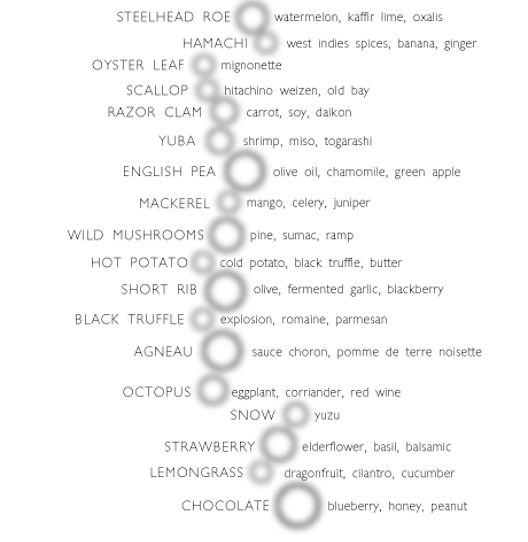