Beluga Sushi: The Second Austin-Area Restaurant With Menus that Rip Off Alinea

Share All sharing options for: Beluga Sushi: The Second Austin-Area Restaurant With Menus that Rip Off Alinea

Which Austin-area restaurant has menus that are astoundingly similar to those at Grant Achatz's restaurant Alinea now? Why, it's Beluga Sushi, up in Round Rock. The restaurant features four menu images on their Facebook page under the heading "new menu 2011" that look just like the Chicago restaurant's signature Martin Kastner-designed menus.

UPDATE: Jay Chang from Beluga Sushi tells Eater Austin: "We will change our menu design by next week monday," and they apologize for the trouble.

This is the second Austin restaurant to feature a similar design — Eater Austin ran images of Afin Sushi's copycat menus earlier this month. (Afin has since taken the menus down.) Given that this isn't just a one-time thing, could it be that there's a graphic designer in the area peddling stolen menu designs?

In any case, both restaurants feature menus that have a simple dish title on the left and a list of ingredients on the right, separated by a stream of bubbles. However, as a commenter pointed out, neither Afin nor Beluga seems to utilize Alinea's practice of using the size and position of the bubble to denote a dish's size and where it falls on the sweet/savory spectrum. 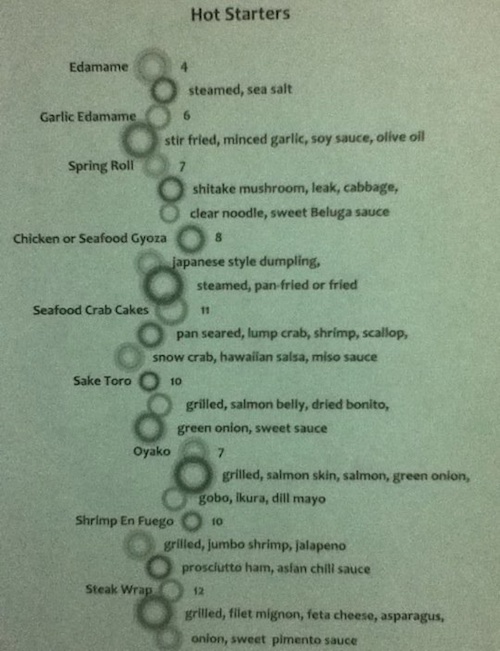 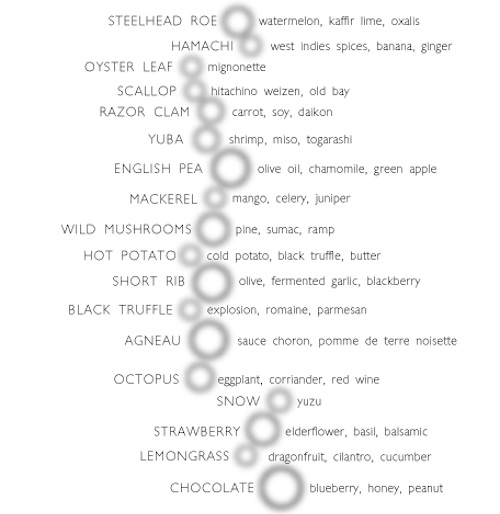