Share All sharing options for: El Arroyo Congratulates Amy Winehouse on Her Sobriety 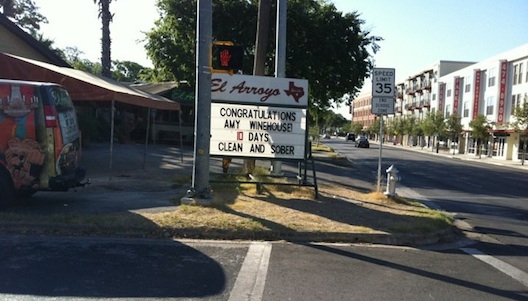 La Condesa ran it with the caption, "Too early?" Go read Splitsider on the science of "too soon," report back, discuss.

Oktoberfest in Austin: Where to Celebrate With Beer and Brats

Where to Celebrate Rosh Hashanah in Austin With Food