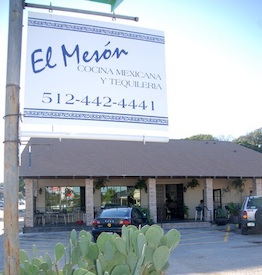 Enough with these starred reviews: comrade Odam will review all restaurants on the same ten-point scale, "relative to their ambitions and other restaurants serving similar cuisine." As he puts it, "If you don't know the difference between a 9.5 at Tam Deli and a 9.5 at Congress, I don't know what to tell you."

So Odam's first venture into the wild world of Austin restaurant criticism rates a 7.5. Not bad, although are chips that are "as thick as rush-hour traffic on Lamar" a good thing? In any case, thus begins the era of Odam.

Oktoberfest in Austin: Where to Celebrate With Beer and Brats

Where to Celebrate Rosh Hashanah in Austin With Food