Share All sharing options for: The Statesman's New Restaurant Critic is Matthew Odam 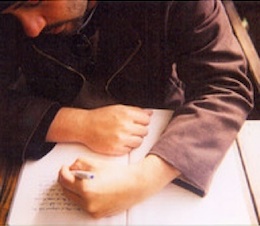 Statesman food writer Addie Broyles just tweeted that the newspaper has named features writer/former Austinist blogger Matthew Odam their new restaurant critic. And he's already totally unanonymous: his headshot ran next to his M.O. blog. None of the photos of Odam on Flickr are Creative Commons licensed, but you can peruse them here. Expect his first review next month.

Odam replaces Mike Sutter, who left the paper in a buyout last month. Sutter is working on a website of his own set to launch next month.