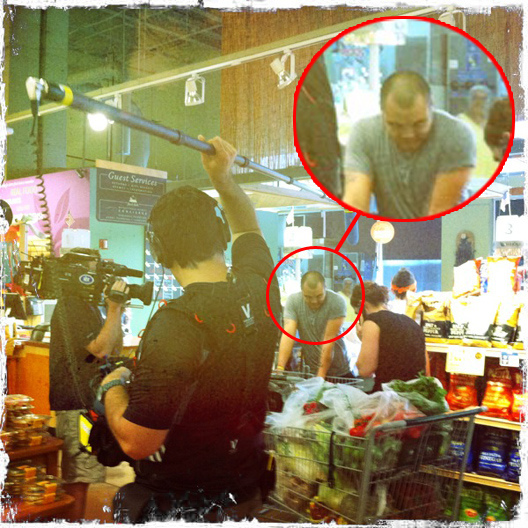 Rumors have been swirling that Uchiko's executive chef Paul Qui is going to be on the next season of Top Chef, but here's the first photographic evidence. This photo, sent in by a tipster, was taken on July 2 at a Whole Foods in San Antonio, which lines up with the original shooting schedule rumormongering. Eater National has more; head over to see if you recognize the other cheftestapants.

Seen a bunch of people running around your local Whole Foods followed by camera crews? You know what to do.

Where to Eat and Drink Over Labor Day Weekend in Austin

Taco Truck Wonder Taqueria Mi Trailita Closed Back in May