Bryce Gilmore Is One of Food & Wine's Best New Chefs

Share All sharing options for: Bryce Gilmore Is One of Food & Wine's Best New Chefs 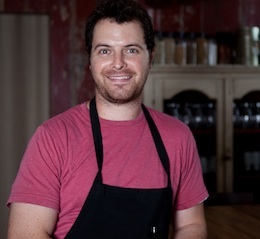 It seems that Gilmore is not just being recognized for his work at Barley Swine, but for the original trailer as well — the official Food & Wine posting mentions he's great "because he's serving duck eggs and grilled quail from a trailer he built himself." Also, they talk to Bryce's dad Jack Gilmore of Jack Allen's Kitchen, who says he thinks Bryce is "an amazing chef." Congratulations, chef!