Share All sharing options for: Austin Restaurant Week Delayed Due to Technical Difficulties 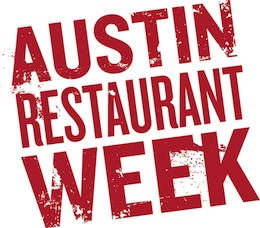 Austin Restaurant Week is getting pushed back to April 10-13 and April 17-20. Why? To avoid conflicting with next week's Texas Hill Country Wine & Food Festival (which has been scheduled for some time?) and to allow them to fix some issues with their website.

Apparently there was some difficulty displaying "restaurant options, menus, booking information, etc." which they call "a critical part of this event." Yeah, those are important things to have on a website. But hey, they're going to have a smart phone app! Anyway, the website should be fixed sometime today or tomorrow.

UPDATE: The site's fixed. Also, it's up to you to change your reservations.

Why the Date Change?


Due to our desire to not conflict with the wonderful opportunities afforded by the Texas Hill Country Wine & Food Festival and our desire to assist all area food and beverage purveyors and restaurants, we have decided to delay the start of Austin Restaurant Week. This will allow for more success for both events.

Additionally, there have been some technical issues with the Austin Restaurant Week website that need to be remedied. We feel that it is best to delay the start of Austin Restaurant Week Without the site working properly, the public is unable to review restaurant options, menus, booking information, etc., a critical part of this event. Our technical team is working diligently to get this rectified either today or tomorrow.

We apologize for any inconvenience this may cause.

Austin, TX (March 22, 2011) - Soon, the city’s finest restaurants will be the center of attention during the much anticipated Austin Restaurant Week. This epic epicurean semi-annual event refuses to go stale in its sixth season with an introduction of an innovative menu of fresh options such as: brunch, wine pairings, gluten free options, the first annual Austin Restaurant Awards, a crowd sourced charity selection and an app for iPhones, iPads and Androids. April 10-13 and April 17-20, over 75 A-list restaurants will open their arms to curious culinary admirers, serving up stellar prix fixe three-course dinners ($25 $35), lunches ($10-$15), and a new brunch option ($15-$20). Austin Restaurant Week is quickly becoming a tradition that spurs both locals and out of town diners to revisit old favorites and, best of all, try new places that stimulate both the economy and the palate.


Restaurant week is an opportunity for eateries to provide an affordable snapshot of what they do best and attract new diners. According to data collected by OpenTable Inc., an online restaurant reservation service, nearly two-thirds of diners who participated in restaurant weeks nationwide said they were likely to return to the restaurants they visited, and more than 70 percent would recommend the restaurant to others. Austin Restaurant Week is a diversified cross-section of Austin’s vibrant and growing restaurant scene including old favorites such as historic Paggi House, Jeffrey’s, Green Pastures, Fabi and Rosi, Aquarelle, Uchiko, Perry’s and Parkside alongside and new additions such as Trace at The W and more.

*** New Smart Phone App ***
To help navigate the appetizing adventure, Austin Restaurant Week commissioned graphic designer Bart Kibbe of Rival Creative and the Austin-based Big Momma Apps to create an innovative and interactive smart phone app, reflective of Austin’s early adaptive tech scene as well as with the city’s growing culinary creativity. “We wanted the event to reach its full potential by inciting more interaction from participating foodies and attendees,” said Austin Restaurant Week Executive Directory and Founder Taylor Perkins. “We looked at what we thought would activate more people with Austin Restaurant Week, and an app was a no-brainer. We are very excited to be going digital.” Many tech savvy patrons already utilize social media such as Twitter, Facebook and Food Spotting. Now, with a simple click of a button, diners will also be able to create their own profiles, invite friends via forwarded invitations, book reservations, read reviews, read menus, and map out locations for all of the participating restaurants.