The Hottest Chef in Austin 2011 is Olivia's Taff Mayberry

Share All sharing options for: The Hottest Chef in Austin 2011 is Olivia's Taff Mayberry 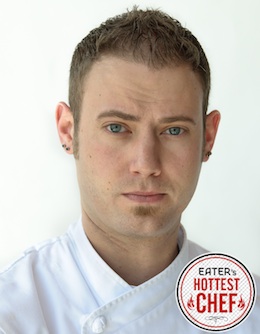 It was a tight race, but the people have spoken, and Olivia pastry chef Taff Mayberry has been crowned the Hottest Chef in Austin 2011. Major congratulations. Now for the big leagues: Mayberry's swoon-inducing photo will go up against the hottest of the hot from New York, Chicago, Los Angeles, San Francisco, Portland and Miami over on Eater National to compete for the title of Eater's Hottest Chef in America. So click on over, vote for Taff, and let's show everyone else how we do it in Texas.