Share All sharing options for: Bob Appel Of Uchiko

This is The Gatekeepers, in which Eater roams the city meeting the fine ladies and gentlemen that stand between you and some of your favorite impossible-to-get tables. 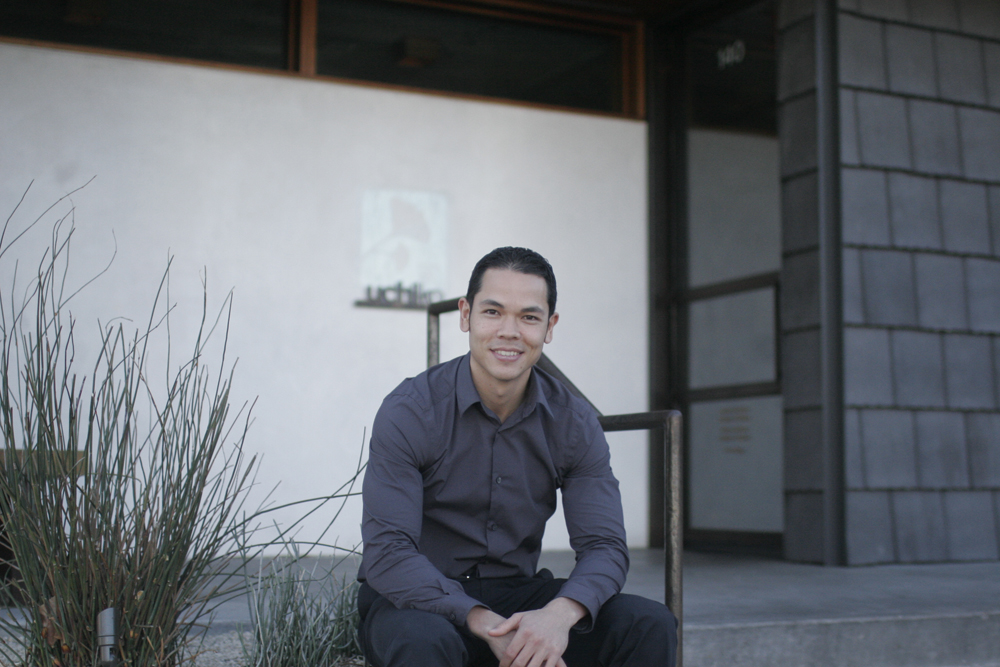 Since Uchiko's opening in the summer of 2010, it's quickly risen to the top of the food chain in Austin's fine dining scene, helped along by celebrity chef-power and its Uchi parentage. We sat down with the restaurant's Bob Appel to hear about how he handles the weekend rush and Uchiko's VIP crowd. His background isn't typical of a high-end dining expert--Appel moved to Austin to play country music and worked in sales before landing his first-ever restaurant job at Uchi as a host--but it sounds like he's got it down pat by now.

So how'd you end up managing the front of the house at one of Austin's most prized restaurants?

This is actually the first restaurant I’ve worked in. I had an amazing experience at Uchi, just February of last year, and I wanted to be part of the new restaurant when it was opening. So once they announced that Uchiko was opening, I definitely wanted to be part of that experience that I had. I didn’t know what to expect the first time I came into Uchi. Something completely different, not only the food but also the service, from the very beginning.

So you just went into Uchi to eat, and then bam, job?

Yeah, no I just went to Uchi to eat. Yeah, that was my inspiration. And I was hired initially as a host. I wanted to be part of that initial experience that I had. I started as a host and the hosts here also take reservations for both restaurants. I guess my phone demeanor was good enough to where I took over the phones and managing the reservations after about six months of being a host. Then we also have the private dining room and I took over the coordination for the private dining room. Coordinating the menus, working with the chef team and the servers and ensuring everything goes smoothly, greeting the guests as they came in.

You've got no prior restaurant experience?

Zero restaurant experience. I’ve been kind of in a lot of different fields. I have a degree in architecture which I haven’t used. But I’ve been in multiple forms of sales jobs, wholesale, retail, office as well as being in direct contact with customers. So I think a lot of the things I’ve done before definitely apply. I think more it’s just my nature to be hospitable. I have an older brother who I was always tending to, so that nature is more what gave me the experience to be in this position, not necessarily my restaurant experience. I’ve never been a server before, so I don’t know what that’s like. I didn’t necessarily have that as background but some of the other aspects of the restaurant business I’ve gravitated towards and done well in.

Has business picked up since Top Chef premiered?

At this point it’s hard to distinguish whether the James Beard award or Top Chef or whatever the most recent accolade is. I’m not trying to brag or anything, there’s been a lot of interest because of the success of Uchi since 2003. It’s very well established in Austin and throughout the u.s. in terms of guests coming to Austin they’ll always want to dine at Uchi. And when Uchiko opened up, there was a lot of anticipation. We had an incredible soft opening. Ever since then awards and notoriety has started coming into this particular restaurant, which is great because on the phones, especially in the beginning, we’d get phone calls for Uchi and people would be, ‘What’s Uchiko?’ it’s still that way because there’s a lot of people that visit Austin once a year or once every couple of years. They come in for a festival, South By Southwest or ACL, and they don’t know Uchiko. So it’s part of my job and the reservationists’ job to inform them about Uchiko. But what makes me happy is because of Top Chef and the GQ article there’s been a lot more on the other side. I’d like to make a reservation for Uchiko, what’s Uchi? Because we answer the phone saying both.

For Uchiko we have about fifty seats up front that are designated for walk-in guests. Those do tend to fill in around six o’clock or so, so there will be a wait at 8 p.m. on Friday or Saturday. It could be as little, truthfully, as a half an hour depending on the flow of the evening, but as much as an hour and a half. But what I always tell people, and most people, they might not understand in the beginning but once they arrive and see our cocktail area out front and are taken care of as far as drinks, we have a couple appetizers we might bring out if the wait is too extensive, we might bring out wait food. That definitely provides that experience. So anyone who comes in and is quoted an hour and a half wait, in the end they’re really happy. We’ve got fourteen seats at the bar here, at those seats you can eat, too. So there’s full menu available at the bar inside and the cocktail area outside.

Is Uchiko a big celebrity and VIP stop?

Definitely. Always. A lot more for the large groups. Sometimes VIP or celebrity of some sort might come in with a larger group and they’re better accommodated at the North Lamar location, because of the space, it’s about twice the size. Definitely a lot of celebrities have come in because of the private room. We’ve arranged some things for the film festivals that come through, if an actor or director is coming through and they really want a private dinner, this is the only option. Uchi doesn’t have a private section.

Can you drop any names?

How do you handle demanding VIP's?

Usually an assistant calls at least an hour in advance. With Uchiko there’s a lot of flexibility with the tables so we’ll work on it and make sure whatever arrangement we make for them doesn’t affect the experience of the existing guests, those that are waiting or any of the existing reservations.