Share All sharing options for: John Mueller BBQ Aiming to Open This Weekend 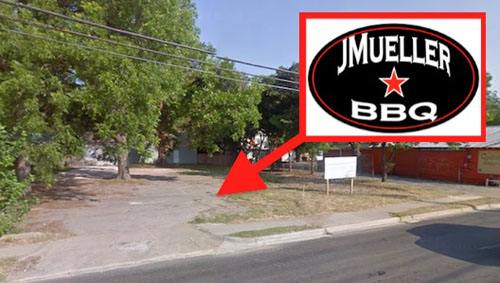 JMueller BBQ may open as soon as this Saturday, October 8th. After his barbecue trailer passed the city health inspection yesterday, Mueller spoke with Eater Austin about his much-anticipated meat heaven.

"We are aiming for Saturday, but I don't want to say it's definite because so far I've had to eat my words," says Mueller. The daily menu will include brisket, sausage, pork ribs, beef short ribs, turkey, and pork loin. He also will run specials such as prime rib on Fridays.

The JMueller BBQ trailer will be located at South 1st Street and Elizabeth. In the future, he plans to open a brick-and-mortar location in the warehouse on the same lot.