New Wendy's Ad Looks For the Beef in South Austin

Share All sharing options for: New Wendy's Ad Looks For the Beef in South Austin 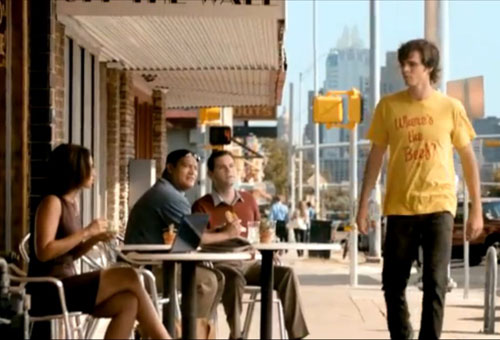 Wendy's filmed a commercial on the streets of Austin that aired on national television this weekend. In the clip, you can recognize several stores on South Congress, the intersection of 6th and Congress, and the Mexican American Cultural Center. Maybe Wendy's is trying to capitalize on the coolness of our wonderful city? Or, we have lots of beef.