Share All sharing options for: Economics of Restaurant Week 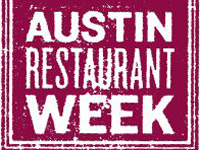 Forbes wonders, with "specials being underpriced and oversold, and restaurants ending up in the soup," are restaurant weeks worth it? Maybe, maybe not, but it's certainly worth it for cities. A rep for Philadelphia's City Center District tells them their restaurant week has "pumped over $90.7 million into Center City Philadelphia's economy" since 2003. In Austin, participating restaurants pay $600 to participate in our Restaurant Week. That brings in about $70,000 per year for the organizers. Diners love it, but is it really a good deal for them or for the restaurants. [Forbes via Eater National]