Share All sharing options for: Esquire Names Congress as a Top New Restaurant 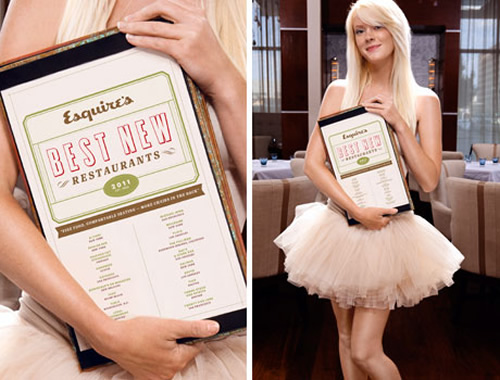 Today Esquire Magazine named Austin's own Congress as one of the nation's best new restaurants of 2011.

A city as youthful, modern, and powerful as Austin has long needed the kind of fine-dining restaurant Rick Perry can brag about. Chef David Bull is no fanatical locavore, but he draws on the huge Texas cornucopia to create dishes like grilled sweetbreads with smoked poppy seeds in buttermilk crema, and beef tartare with fried oysters and truffles.

On receiving the news, Chef David Bull tells Eater, "It's been an incredible year for Congress Austin. I am very proud of our team and proud to continue to bring attention to the city and cuisine of Austin, Texas!"

Also named in this news is Hannah Mary Marshall, the hostess at Congress. She was honored with the title "Hostess of the Year," noting her fancy for dinosaurs, ice cream, and raising chickens. There was no comment on whether her tutu brought special attention to the restaurant's being considered.

Earlier this year, Esquire already named Bar Congress as one of the nation's best bars.

Congratulations to all the staff at Congress, Executive Chef David Bull, Pastry Chef Plinio Sandalino, Sommelier June Rodil and Hostess Hannah Mary Marshall for bringing this honor to our city.